How to Prevent Unwanted Pregnancy and Abortion 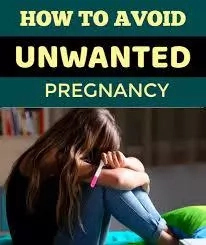 How to Prevent Unwanted Pregnancy and Abortion is explained in this article. Read it to learn how a woman can have sex without getting pregnant.

How to Prevent Unwanted Pregnancy and Abortion

More and more people are becoming sexually active. Some of these people do not take precautions and they end up carrying pregnancies they never bargained for. It is advised that you seek out ways to prevent getting pregnant without losing your active sexual life.

How to Prevent Unwanted Pregnancy

Here are How to Prevent Unwanted Pregnancy:

Condoms are thin latex sheath that holds back sperm from entering the reproductive tract. There is a condom for men, worn on an erect penis. There is also a female condom also known as the diaphragm.

It should be inserted at least some minutes before sexual intercourse and not removed immediately. Care should be taken when removing the condom to prevent the semen from spilling.

Condoms should never be reused. They should be disposed of properly. Condoms are not 100% safe and cannot protect against all forms of sexually transmitted diseases.

This is a soft cup made of silicon and placed far inside the vagina to block the cervix. If well worn, semen cannot reach the female egg. The safety rate is less than 75% and it offers no protection against STDs.

This chemical kills sperm cells. The gel can be rubbed inside the vagina even to the cervix not less than ten minutes before intercourse and lasts 1 hour after. It can be used with other barriers like a condom but not with a sponge. Spermicide is 71% safe.

A contraceptive sponge is a foam made of polyurethane and spermicide. It is inserted in the vagina and blocks the entrance of the uterus. It can be used with a male condom and can only offer 88% protection.

A hormonal method will work on female sexual functions. It prevents ovulation and offers no protection against STDs. Examples of hormonal contraception are:

The mini-pill contains just progestin and does not allow for a monthly period. Pills must be taken every day without fail.

A contraceptive patch is a material worn on the buttocks, arm, back or stomach. The material is filled with drugs that the skin slowly absorbs over time. Wear the patch for 3 weeks and allow 1 week for menstruation. It is 90% safe and can irritate the skin.

Here, a plastic ring is inserted into the vagina for 21 days. The ring secretes contraceptive hormones into the body. Effectiveness is at least 95%.

A woman can take a contraceptive injection every 12 weeks. A woman who has taken the shot might stay up to 10 months before her fertility normalizes.

An IUD is a long-term contraceptive option. IUDs are 99% effective but offer no protection against STDs. They include:

A slim rod laden with progestin is inserted into the woman’s arm to prevent pregnancy. The hormone stops ovulation. An implant can be 99% effective.

In conclusion, it is advised that you consult a gynecologist to educate you. You must make an informed decision in your choice about pregnancy prevention. The list of options given is however not exhausted.