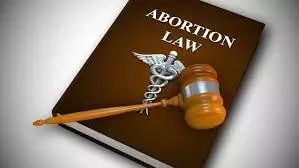 Laws Governing Abortion in Nigeria will be discussed in this article. This is to guide you against the impending punishments of abortion.

Abortion is simply an induced termination of pregnancy. It is the elimination of an unborn child, whether directly or indirectly.

The Nigerian constitution is what can be referred to as pro-life because, it insists that no one has the right to deprive another of a chance to live, except, of course, the person has received a death sentence from a court of law, either to be hung or executed by whatever means.

Considering the above, abortion is considered illegal in Nigeria. There are two of such, the criminal code act and the penal code act.

The two of them have a common general stance, which is a prohibition of abortion, but while the former is applicable in the southern part of Nigeria, the latter is for the northern states in the country.

This means that the legal punishment for abortion in the north is not the same as what is in the southern part of Nigeria.

Here is the Laws Governing Abortion in Nigeria:

In this act, if a person without the knowledge of the pregnant person, tries or attempts to unlawfully administer any drug or poison on the expecting mother to induce an abortion, or forcefully tries to terminate the pregnancy that person is guilty of an offense and his or her punishment, according to the law is to spend 14 years in prison.

If the woman herself unlawfully i.e. without prescription of medical practitioners takes anything with the intention of eliminating her unborn child or children, she will spend 7 years in prison as the punishment for the crime committed.

Also, the person who unlawfully sells or makes available the drugs or substance with which a woman can commit an abortion will receive a 3-year imprisonment sentence.

In a situation whereby a woman has induced her own miscarriage with the intention of eliminating her baby, she is to pay a fine or spend 14 years in prison or both.

If someone else induces the miscarriage and his/her intention is not to save the woman’s life, then he or she will have a 14-years imprisonment sentence or a fine to pay, or both.

Also, if in the process of inducing the woman’s miscarriage and she passes on, he or she is liable to 14 years imprisonment if he/she did it with the woman’s consent. But if the reverse is the case, the offender will have to face a life imprisonment sentence or pay a fine.

There are some exceptions in both cases, one of which is, when the life of an expecting mother is being threatened by a pregnancy, doctors and medical practitioners often advise that the pregnancy be terminated.

So, in this case, when a doctor administers some medications on the pregnant woman and induces a miscarriage or decides to perform a surgical operation on the woman, depending on which is appropriate in a given situation, neither the woman nor the doctor will be punished by law.