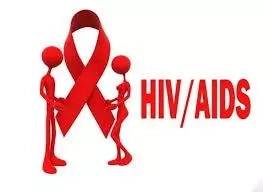 Myths About HIV/AIDS intimates you on the essence of World AIDS Day and educates your minds about the myths people hold as regards HIV/AIDS.

Common Myths and Misconceptions and HIV/AIDS:

Fear kills faster than anything. Research has it that HIV/AIDS is NOT a deadly disease; that means that it can be treated and you can live your normal life with the ailments, but the disease is not curable.

Another name for the T-helper cells is the CD4 cell. HIV destroys more T-helper cells and makes more duplicates of itself, this leads to the gradual frailness of a victim’s immune system.

What this implies is that an HIV patient who is not taking antiretroviral treatment will have difficulties in the fight against infections and ailments.

In 1988, World Health Organisation (WHO) backed up by the United Nations (UN) declared every 1st December of every year World AIDS Days across the globe.

This international day was meant to be dedicated to creating awareness and campaigning in all parts of the world about the pandemic spread of HIV/AIDS, how to manage it if contacted and how to prevent contracting it, as well as to mourn those that overtime, died as a result of the disease.

On this day, government and non-governmental organizations, health practitioners, and individuals around the globe do embark on educational campaigns on HIV/AIDS prevention, stigmatization, and management.

AIDS is a compendium of symptoms caused by HIV. When a person’s immune system is too frail to fight to weigh off infections, then it could be concluded that the person is affected by AIDS.

HIV/AIDS is both preventable and manageable. HIV/AIDS patients can live long, get married, and have children without infecting their wives/husbands or children. It is pertinent to note that HIV/AIDS is not a death warrant, with early dictation and prompt treatment, it can be controlled.

Stigmatization of HIV/AIDS patients is an act of ignorance tied to the mythical beliefs of people about the virus. Stigmatization is most common in Africa, especially in Nigeria despite the educative campaigns on stigmatization by health practitioners.

Examples of these Myths about HIV/AIDS are:

People have this ignorant belief that HIV/AIDS is a death warrant. It can only lead to death when it has not been dictated early and treated.

The patients that are diagnosed and receive treatments at the right time, and take medications as prescribed will live a long and healthy life.

The truth is that HIV/AIDS is difficult to be transferred from one person to another. People feel that having a close interactions with infected persons like shaking hands, hugging, serial intercourse, etc. will get them infected with the virus.

In the case of sexual intercourse use of condoms are also extremely effective. Therefore, marriage is possible, and the same goes for childbirth. Mother-to-child transmission cannot be prevented with the right treatments.

Some people feel that the world has come to end for them when they discover that they are infected with the virus. They feel that it might lead to the loss of friends, segregation, health problems, loneliness, etc.

People feel that the cost of controlling the disease is too expensive and requires much amount of money to acquire drugs, checkups, etc.

Although the virus is transferred from one person to another through blood and a mosquito is a blood-sucking animal, you can’t get infected through mosquito bites. When a mosquito bites a person, it does not inject blood into that body.

6. I can’t infect someone else because I’m getting treatment

The virus can’t survive in water so you can’t get infected from swimming pools, bathrooms, or drinking water.

8. Animals do not have the virus and cannot spread it

There is more to what is well known to all about HIV/AIDS. These mythical beliefs will only help instill fear which may sometimes lead to the death of the patient. We must clear our minds of these myths.

HIV/AIDS is not the end of the world as popularly believed. It is evident that there are HIV-positive persons that are living their normal life and are even healthier than some HIV-negative persons. STOP THE STIGMATIZATION, AND KILL THE MYTHS ABOUT HIV/AIDS.