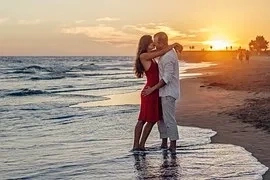 6 Factors to Consider in Choosing Lifelong Partner are listed and explained in this article to guide you in the choice of a life partner.

This is one concept that people take for granted especially when they are blinded by love. People intending to marry should be compatible in many aspects of their lives. An example of such compatibility is in the generation.

When one is talking about a life partner, usually love is considered a priority. This article shows that love is not the totality when it comes to choosing a life partner but just a factor. Thus, there are other factors one must also consider.

Factors to Consider When Choosing A Life Partner

Read Also: Genotype and Genetic Compatibility in Human and Organisms

Below are the Factors to Consider When Choosing A Life Partner:

Love is required as the basis of any marriage. An individual should choose a partner whom he loves. Most likely society believes that in any relationship the lady should choose a man that loves her more than she loves him.

This will surprise you that this fact is scriptural. Scripture says man love your wife and wife submit. It is the duty of the man to love.

There are scenarios that which partners are not physically attracted to each other, they are shy of even holding hands after marriage or even identifying reach others as a couple in public.

Most times this little factor if not properly managed can cause partners to cheat on each other or cause distrust when a man sees another woman as being more Beautiful and attractive than his wife.

It is advisable for intending couples to undergo a genotype examination in a reputable hospital or medical laboratory prior to the wedding or preferably during courtship.

Such an examination should not just be examined casually but followed by a genetics counselor or any medical professional. This is mandatory that An AA can marry anybody from any of the three groups AA, AS, and SS.

Marriage with SS could, however, produce an AS child. An AS can marry an AA but an AS can not marry an SS otherwise this will lead to the production of a child with an SS genotype.

In some foreign countries, parental consent is not really a priority but in the Nigerian culture is not just sacrosanct but obligatory.

This is also vital for one to examine carefully the character and attitude of the person he or she intends to marry. Knowing that simply this is the person you will be living with for a whole life.

You have to ask yourself, can I cope with this character? Will it be a problem in the future? If it’s a character you can cope with, then you can go ahead and marry the person.

Also, don’t think that the person could change, or conversely, you will change the person. This myth has destroyed many marriages.

This is one concept that people take for granted especially when they are blinded by love. People intending to marry should be compatible in many aspects of their lives. An example of such compatibility is in the generation.

Like a Lady, it is advisable to marry someone in your generation that is at least 2 to 9 years older than you. If otherwise, t is critically clear that you will be marrying another generation.

The problem is that many things you will do or consider as being playful or fun could be very insulting to the other generation.

This might make your marriage look like a boss marriage and an employee always taking orders. So you need to consider the factor of compatibility.

How Active Listening Can Help Your Relationship