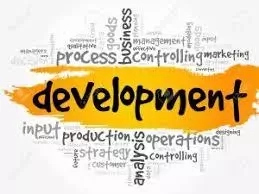 Solution to the Problem of National Development will be discussed in this article. This will tackle the development problem in Nigeria.

Solution to the problems of national development in Nigeria

When there is a change in technological and institutional factors which causes a shift in labor from agriculture to modern manufacturing, shift from of the nation’s wealth from low productivity to the modern industrial and services sectors having higher levels of productivity in labor and services sectors which generates nation-sustaining growth of output, there is said to be National development.

Read Also: Importance of Tourism to the Nigerian Economy

A major solution to the problem of National development is breaking the vicious circle of poverty. In any nation where the rate of saving has been very low, it shows that the nation saves a very small proportion of its current national income.

When the level of saving is low compared to their level of national income and per capita income, it shows that much of the income is consumed and little is left for investment purposes.

In order to break the vicious circle of poverty and bring about National Development, an important thing to be noted is that the nation’s rate of saving and investment can be increased without the reduction in consumption.

With a given rate of saving and investment, some rate of economic growth, and as a result, some increment in income must be occurring in this nation.

If out of this in income proportionately greater part is saved, the rate of saving of the economy will rise.

To break the vicious circle of poverty as a solution to National development, if the investment is made in only one particular nation, it is likely to fail to owe to low income and low purchasing power of the people.

As a result of this, larger investment in it may not be profitable in due time and this will have an adverse effect on national development.

Conversely, if the investment is made in several nations simultaneously, then the nation will become consumers of each other’s products, and will thus create demand for the other.

Read Also: Problems of Unemployment in Nigeria and Possible Solutions

Positive Impacts of Democracy in Nigeria

12 Difference Between Ruling and Governing

4 Problems of bad leadership in Nigeria and Possible Solutions

How to Start Garden Egg Farming

Warning: Trying to access array offset on value of type bool in /homepages/21/d653305332/htdocs/clickandbuilds/Proguide/wp-content/themes/newsup/inc/ansar/template-functions.php on line 189

How to Start a Football Viewing Center