7 Everyday Habits that are Hurting your Eyes 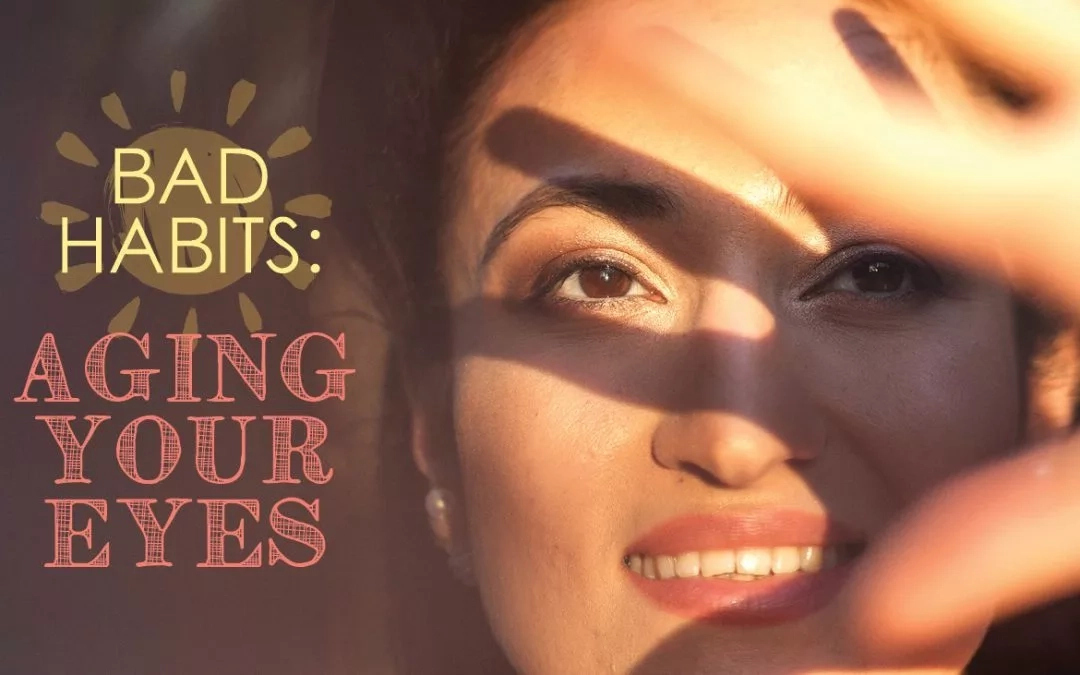 7 Everyday Habits that are Hurting your Eyes are listed and explained one after the other in this article. You will find it informative.

Habits that will damage your eyes tomorrow

Things you are doing today that will damage your eyes tomorrow

One of the most vital parts of the human body is the eyes for with them, we can see the illumination of light and also view images and receive information.

Read Also: What Causes You to Talk in Your Sleep

The eyes are very important to the body such that without the eyes, the human body will be in total darkness and it would be left to rely on other sense organs.

The eyes are the sense organ that is responsible for sight. In recent times, so many people have lost their visions because of some things that they did at a point in time which stored up later and made them lose their sight.

Nobody becomes blind one morning, blindness starts gradually, and sometimes, the victim is usually not aware of the changes until the big one happens.

Hence, in this article, we will look at some of the things you are doing today that would likely damage your eyes tomorrow. We tryst that this would be a good read for all of us  let’s get started

1. Your meals are not balanced

You thought that a balanced diet has nothing to do with the eyes but it has a whole lot to do with it. Most of the vegetables and fruits put the eyes in a very good condition, especially the ones that have zinc, omega 3 fatty acid, and some vitamins like C and E. Aside from food, drinking enough water is very good for the body since the eyes release tears occasionally.

2. Your rub your eyes excessively

Almost all of us are fond of this. As a means of finding relaxation or being busy, we rub our eyes. Sometimes, when a foreign object enters our eyes, we resort to rubbing it and this could be very dangerous as the blood vessels that are under the eyelids could get easily broken hence, leading to more serious damage later on.

If your eyes are irritated, instead of rubbing them, try using a cold compress instead, it will soothe you better than rubbing.

According to a Harvard University study, if you smoke, you stand a greater chance of losing your eyesight. Some of the chemicals used to produce the cigarettes are not quite hood to the eyes and as you well know that direct smoking affects the eyes negatively.

4. Looking at screens at night

The rate of those with eye challenges today cannot be compared with those in the past because in today’s world, we expose our eyes to the screens a lot and the rays of the screen damage our eyes later on.

It is usually advised that if you want to see a screen at night, you should turn the lights on to avoid the direct rays dwelling on your eyes.

When you expose your eyes to direct rays from the screens, the level of light changes rapidly and could cause eyestrain as well as other discomforts in your body.

5. You don’t have enough sleep

Most people want to achieve so much more than their 24 hours, so as a result, they rarely sleep. They are always up and working. As good as they may be, the eyes need occasional rest and when it is deprived of adequate sleep, it is bound to malfunction.

Other things you are doing today that will ultimately destroy your eyes include:

6. Not wearing shades as a means of protection against direct rays

7. Excessive use of eye drops