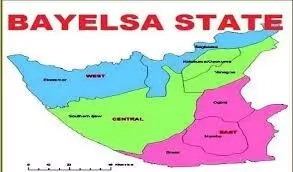 Things to Know About Bayelsa State has the basic information about the State. With this, you will get to know the state better.

Bayelsa State was created on 1 October 1996 by General Sani Abacha led the military government, from part of Rivers State, it is in the Southern part of Nigeria and the Niger Delta region, right between Delta State and Rivers State.

Bayelsa is one of the newest States in the Federation and has its capital seat in Yenagoa. The State is nicknamed Glory of all lands. People from Bayelsa State are known and called Bayelsans.

The main language spoken in Bayelsa is called Ijaw language. However, there are other dialects such as Kolukuma, Bomu, Mein, Epie-Atisa, Nembe, and Ogbia. The official of the state is the English language.

Bayelsa State has an estuarine and riverine setting. Most of the communities in the state are surrounded by water and some are inaccessible by road.

The economy of Bayelsa State

The State is rich in natural resources. It has one of the largest natural gas and crude oil deposits in the country. The production of Petroleum is therefore very extensive in the State.

Bayelsans are mainly rural dwellers due to inadequate transportation, education, health care, and other amenities/infrastructure as a result of neglect by the government and petroleum prospecting companies this is one of the main problems the state is facing presently.

The local people of Bayelsa are mainly into commercial fishing. The Bayelsa State Government is otherwise the prime employer in the State.

The present Governor of the State is Seriake Henry Dickson. He assumed office on February 14, 2012. He is deputized by Rear Admiral Gboribiogha John Jonah (rtd) both from The People’s Democratic Party (PDP).

The Major Tertiary institutions in Bayelsa State include:

Prominent People in Bayelsa State include: