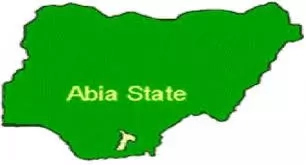 About Abia State is aimed at bringing to your knowledge and perusal some salient information you should know about the State.

Abia State is situated in southeastern Nigeria. The capital is Umuahia, but its commercial city is Aba, formerly a British colonial government outpost in the region.

The state was created on August 27, 1991, from part of Imo State and its citizens are predominantly the Igbos. The state is nicknamed God’s Own State i.e. Ọ̀hà Chineke in Igbo language.

The state occupies about 6,320 square kilometers and is bounded on the north and northeast by Anambra, Enugu, and Ebonyi. And to the west by Imo State, to the east and southeast, it is bounded by Cross River State and Akwa Ibom State respectively to the south is Rivers State.

The southern part of the State is bordered by the riverine part of Nigeria, it is a low-lying tropical rainforest with some oil-palm brush, the southern portion gets heavy rainfall of about 2,400 millimeters (94 in) per year and is particularly intense between the months of April to October. The rest of the State is temperately high plain and wooded savanna.

The major rivers in Abia State are the Imo and Aba Rivers.  They flow into the Atlantic Ocean through Akwa Ibom State.

The current and ninth Governor of Abia state is Okezie Ikpeazu. He is a democratically-elected executive Governor from the People’s Democratic Party (PDP) and was sworn in on 11 April 2015.  He’s Deputized by Ude Oko Chukwu (PDP).

Demonym: The citizens of Abia state are called Abians.

Abia state has a total number of 17 Local Government Areas.

Abia state also owns a Polytechnic and that is Abia State Polytechnic, Aba.

The state has two tertiary hospitals:

Visitors can travel to Abia through:

a. Rail transport is a means of travel, it is effective while it is also in a process of revitalization presently.

The commercial city of the state, Aba is connected to Port Harcourt by rail.  The coastal parts of the State are accessible with boats and canoes.

Abia is a peaceful state in Nigeria.

There are two major power plants in Abia:

The major Religion of the Abians is Christianity

Below are the 17 Local Government Areas in Abia state

Leave a comment to let us know if this was helpful.