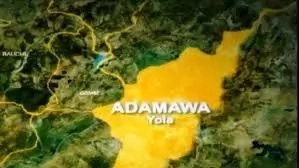 Basic Things to Know About Adamawa State are highlighted herein. You will find this helpful for your research. Happy reading!

Adamawa State is in the Northeastern part of Nigeria with Yola as its capital.

In 1991, Taraba State was carved out of Gongola state and the geographical entity Gongola was renamed as Adamawa State.  It had four administrative divisions namely: Adamawa, Ganye, Mubi, and Numan.

Before Adamawa became a state, it was a subordinate kingdom in Sokoto Sultanate which also included much of Northern Cameroon. The state was named after the founder of the kingdom, Modibo Adama, a regional leader of the Fulani Jihad that was formed by Usman Dan Fodio of Sokoto in 1804.

Adamawa is bordered by the states of Borno to the northwest, to the west by Gombe, and to the southwest by Taraba. The eastern border of Adamawa forms the National eastern border with Cameroon. Adamawa is one of the largest states in Nigeria, it occupies about 36,917 square kilometers.

The valleys of Mount Cameroon, Mandara Mountains, and Adamawa Plateau form part of the landscape.

The people of Adamawa have Farming as their main occupation. This is reflected in the two notable vegetational zones of the state; the Sub-Sudan and Northern Guinea Savanna zones.

The major crops in the state are cotton and groundnuts while food crops include maize, yam, cassava, guinea corn, millet, and rice.

Some of the communities living on the bank of the rivers engage in fishing while the Fulanis involve themselves in cattle rearing. There are numerous roads in the state linking all parts of the country.

Emirs of Adamawa from inception have included:

Influence of Islamist Insurgency on the state

Adamawa state has been muchly influenced by the Islamist Insurgency in Nigeria.  Since November 30, 2014, people have fled their homes in search of safety especially internally displaced persons from places like Mubi, Madagali, Askira, Uba, Bama, and Gwoza fleeing the attacks of Boko Haram in the states of Adamawa, Borno, and Yobe.

A measles outbreak was reported in the camps of internally displaced persons in January 2015.