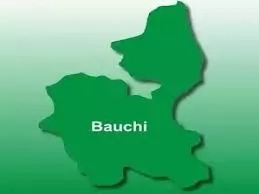 State originally included the area that is now known as Gombe State. Gombe became a distinct state in 1996.

The state shares a boundary with seven other states in Nigeria, Kano, and Jigawa states to the north, Taraba and Plateau States to the south, Gombe and Yobe States to the east, and then Kaduna State to the west.

The state is located in the Northern part of the country and it spans two distinctive vegetation zones which include the Sudan Savanna and Sahel Savanna.

According to the tradition of the land, Bauchi State was named after a brave hunter known as Baushe who lived in the region before the arrival of Yakubu who is known to be the first traditional ruler of Bauchi emirate that was founded in 1800–10.

The people and tribes of Bauchi State have their own unique occupational patterns, beliefs, backgrounds, and other things that make up part of their existence.

The State has a total number of 20 Local Government Areas:

Mohammed Abdullahi Abubakar is the Governor of Bauchi State and his deputy is Audu Sule Katagum both from the All Progressive Congress (APC).

There is a high interest in agriculture in the state, in fact, Bauchi State can boldly be called an Agricultural State. The State has vast fertile soil for agricultural products such as maize, rice, millet, groundnut, guinea corn, etc.

Irrigation Farming is the kind of farming practiced in the State and this is supported by the use of dams such as Balanga dam, etc.  The people also practice livestock farming such as cattle rearing.

The state is a blessed state in terms of tourism. It has many tourist attractions.  Bauchi State is the home of the game called Yankari Game reserve.

Yankari Game is the biggest game reserve in West Africa. The State also has Rock Paintings at Goji and Shira, the State Museum, etc.