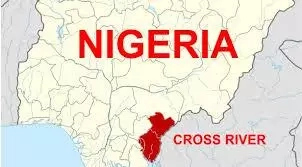 About Cross River State has basic facts about the State. Basal Historical and present-day verities of the State are incorporated herein.

Cross River State which is located in the South-South part of Nigeria was created on May 27, 1967, from the former Eastern Region of Nigeria during the state creation exercise by the General Yakubu Gowon-led military regime.

In 1976, during the State creation exercise, General Murtala Mohammed’s regime changed the name of the State to Cross River, a name derived from the Cross River (Oyono) which passes through the state.

Cross River is a state that is located in the Niger Delta region of the country. It occupies 20,156 square kilometers. The State shares boundaries with Ebonyi and Abia States to the west, Benue State to the north, the Cameroun Republic to the east, Akwa Ibom State, and the Atlantic Ocean to the south.

The present Akwa Ibom State was created out of Cross River State by General Ibrahim Babangida regime in September 1987.

The State is nicknamed The People’s Paradise. The major four languages of the state are French, Boki, Ejagham, and Efik. The State has its capital seat in Calabar.

Benedict Bengioushuye Ayade who before now was a member of the 7th Senate of Nigeria is the present Governor of the State from 29 May 2015 to date and he is deputized by Ivara Esu both from the aegis of Peoples Democratic Party (PDP).

Cross River State has a total of 18 Local Government Areas as follows:

Solutions to Malnutrition in Nigeria