How to Talk to Your Teenager Without Arguing – 7 Ways 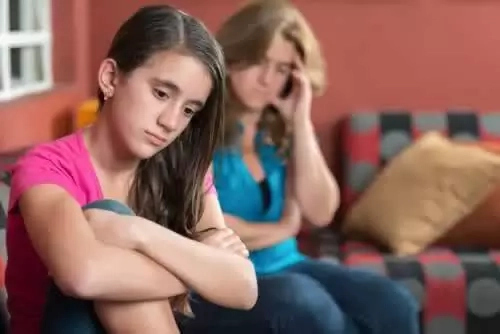 How to Talk to Your Teenager Without Arguing – 7 Ways are listed and explained one after the other in this article.

How to Talk to Teens

How to get a teenager to talk about their feelings

A teenager is a person between the ages of 13 to 19 years. The teenage age is a period where teenagers want to enquire and explore the happenings of life.

The character or behavior of a teenager can be complicated or hard to understand during this period as such, any adult or parent needs to understand how to talk to his or her teenager.

Many teenagers learn the manner of speech, especially from their parents, this is because their desire to act like adults unconsciously makes them want to behave and dress like adults.

The way a parent talks to a teenager is like to be the same way the teenager will address others including his or her teens.

This explains why teens from abusive families tend to be very quarrelsome at every simple disagreement in society. Even teenagers from peaceful homes are first shown and given adequate love from their families making them vulnerable to societal vices.

2. Let your words be seasoned with love

On the other hand, teenagers who are not shown any degree of love by their parents tend to seek love from outsiders, he or she earns the desire to be understood and requires someone to talk to and feel accepted around them talking to your teenagers goes a long way to explain to them that there are accepted and loved in the family and this builds a sense of connection between the parents and the child.

Before talking to a teenager to a teenager, it is important to love the teenager and make them understand that you care so much about their future or destiny. When the child understands your level of love, then it is very easy to train the child how to focus, and attention to details.

Also, talking to a teenager can mean that the adult or parent needs to understand their body language. This can go to a great extent in understanding your teenager.

The aspect of body language in teenagers is too important to be ignored but sadly it has been ignored by many parents in the 21st century.

For example, if a female teenager does not feel comfortable with a particular adult and cannot discuss it plainly with the parents, the parent should not yell at the teen but rather seek to understand the reason for the actions and seek to resolve such issues.

4. Listen and Pay attention to your teenager

5. Simplify your words and mind your choice of words

The use of simple words when talking to your teens can be very helpful. So make sure the words are not complex but can be easily understood by the teenager. When words are too complex, they may misunderstand the message which was initially passed.

When talking to your teenager, you can request that the teenager repeats back to make sure that the conversation has proper feedback in case they had misunderstood any information.

Staying very optimistic when talking to your teenager is very vital especially when they make a slide mistake. Every teenager makes a mistake including adults but the manner of correction can help them to take correction quickly and faster.

When a teenager makes a mistake, instead of taking them down use optimistic or positive words of affirmation or words of encouragement. They will feel more drawn to you as a parent and listening to you will not be a problem.

Also, be more polite in your speech and apologize when you realize that you’ve wronged them with this, you will gain their confidence when talking to them.

7. Give them a chance to talk too

Another idea that can be applied or is applicable when talking to a teenager is to allow them to complete their thoughts or give their own ideas.

Hence with this, the teenager is able to understand your thoughts better and this minimizes unnecessary errors of action, helping them want to become a better person, especially in your absence.

Conclusively as a parent, let them understand that the family is a union of loved ones that they can confine in anytime.

Read Also: 4 Challenges of Being a Teenager in the 21st Century

Remember not to force them to do everything but allow them to understand that whatever is done, is done for their interest, and talking to them will help to open up the teenager and build a better relationship.

4 Simple Ways To Strengthen Your Marriage

Importance of Culture in Nigeria

10 Tips for Building a Healthy Relationship