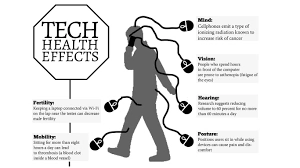 Negative Effects of Smartphones on Health are explained in this article. It is safe to be conscious of things like this. Ignorance is costly.

Ever since the advent of Smart Phones, opportunities have been opened for an average person to become a millionaire just by fiddling with his smartphone the right way.

An average Smart Phones can do more than send text messages, make and receive calls, take photos, and surf the internet.

Depending upon the user, Smart Phones have been used over the years to do a lot of amazing things; from designing websites to making videos to producing a quality mp3 track, diagnosing the health, teaching kids, to learning a trade, and any other thing you could think of.

These are some of the reasons why people stay glued to their cell phones without realizing the dangers.

As it is always said, anything that is used excessively is bad. Even right now, we imagine that you are seeing and reading this article with your cell phone and you may still be holding it for some other couple or minutes without realizing the dangers.

Read Also: How To Track A Stolen Phone

Quickly, let’s look at some Health Risks of Smart Phones:

Probably, you won’t notice it because you are enjoying the feel of the phone in your hands but realistically, when you stay glued to your phone you tend to bend your neck and this makes your neck ache.

A little here and a little there, before you know it, pains evolve and lead to another terrible condition. Aside from the neck, in order for you to use your cell phones properly, you need to reposition your hands in an unusual manner and this makes your hand especially your thumb and palms ache.

Some persons also have a habit of using their shoulders to support their cell phones to make or receive a call especially when their hands are busy. The multitasking habit makes the shoulder retain an abnormal position which ultimately affects it.

Read Also: What To Do If Your Phone Falls Inside Water

To those persons who allow a lot of persons to touch their mobile phones or those who just pick up their cell phones to use without washing their hands, infections are easily passed through the cell phones because the human hands (when left unwashed) carry more germs that can cause some kinds of disease than one can imagine and when such dirty hands are used on a mobile device, transfer of infection is made possible.

It was to this end that scientific research proved that an average cell phone breeds more bacteria than a toilet seat.

Thanks to cell phones which have made communication easier through platforms such as social media but on the flip side, striking your eyes to read all those emails and messages from the tiny screen of your phone often leads to digital eye strain.

Secondly, the rays from the backlight of the phone especially when used in a dark room have a more negative effect on your eyes and in the long run, may render you with either short or long-sightedness or even partial blindness.

Most of the stories found on social media platforms vowed through mobile phones have a negative effect on most mobile phone users.

Imagine seeing a high schoolmate in the driver seat of a brand new car when you haven’t been able to afford a bicycle before you know it, depression sets in and you get to think about what a mess your life has turned out to be.

One might wonder why there has been an increased rate of cancer patients in recent times, this has been associated with mobile phones. It is proven that mobile phones emit some kind of radiation that ultimately sponsors cancer in the body.

This is not to say that you shouldn’t use cell phones, they are just intended to guide you to use them properly. For a healthy use of cell phones, an average person should not be glued to his or her cell phone for more than 19 minutes because it takes about 19 minutes for a human body to be frozen and cell phone radiation does almost the same thing.

You should reduce how much you use cell phones especially in making calls because the radiation in cell phones is stronger when receiving calls.