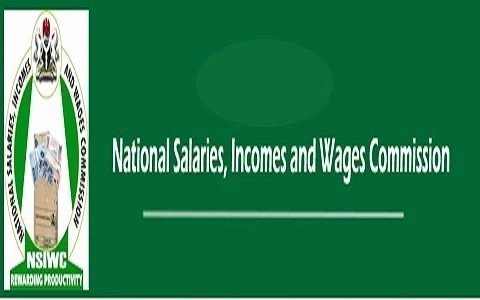 National Salaries, Incomes and Wages Commission (NSIWC) and its functions are carefully listed in this article and we hope you find it helpful.

Act 99 of the 1993 constitution led to the establishment of the National Salaries, Incomes and Wages Commission (NSIWC).

It was created based on the fact that was presented on several occasions by the ad-hoc commission or panels that were set up by the government from time to time since 1960.

Its main and primary essence was to deal with issues that relate to salaries and wages of the workforce of Nigeria.

The recommendations of the ad-hoc bodies were never fully carried out to enable workers to get the full benefits and dividends of their work as a result, the Udoji Commission on the review of the public service (1972-1974) advised that a body that will stand the test of time be created so that it can oversee the yearly review of wages an salary in the civil service.

The following are the Functions of National Salaries, Incomes and Wages Commission (NSIWC):

1. Give advice to the Federal Government on policies relating to the national income.

2. Recommend the part of income growth of the country which should be allotted for the increment of the general wages.

3. Bring to the notice of the Federal Government current and new trends in wages and suggest guidelines within which the increase in wages should be confined.

4. Help the Federal Governed stay informed on continuing a ground of movement when it comes to all forms of income and proposed guidelines that are one way or the other related to profit, dividends, and all other forms of income that are not wages.

5. Encourage adequate research on the structure of wages (which includes industrial, occupational, and regional as well as any other similar factor), the distribution of income, and household consumption patterns.

6. Monitor prices and keep them under surveillance, expatiate the movement of price, and compare them to other development in the economy of the nation.

7. Suggest how prices and wages can be regulated in the different sectors of the nation’s economy in order to control hoarding.

8. Promote and encourage schemes and strategies for raising productivity in all sectors of the economy.

9. Establish and operate a data bank as well as other information centers that relate to data on wages and prices or any other variable and as a result, collaborate with agencies that collect data and help to design and develop good and competent information systems.

10. Educate and inform the general public on the wages, prices, and productivity, their connection with one another, and their interplay in making sure of a standard of living and sustainable economic growth.

11. Analyze and provide counsel on any issues that are referred to it by the Federal and State Government in regard to any of the responsibilities that have been placed on it as a result of this Act.

12. Analyze, examine, streamline and recommend salary scales that are applicable to each position in the public service of the country.

13. Look critically at the sections in which rationalization and harmonization of wages, salaries and other conditions of employment are plausible and feasible in juxtapose with the public and private sectors of the nation’s economy and guidelines that are recommended to ensure that harmony is sustained in the workers’ compensation policies in both the public and private sectors.

14. Take a closer look at the salary structure in both private and public sectors and suggest a general wage framework that has a thinkable and reasonable feature of relativity and optimum levels of compensation that are in line with the economy of the nation.

15. Examine and suggest an effective system that will help in assembling data on a progressive basis, taking into consideration possible changes in the cost of living, level of production, levels of remuneration in the private sector, and other relevant economic information on which the public sector salary and other benefits that can be reviewed yearly.

16. Take a closer look at the present rate of benefits of retirement and suggest an adequate system for periodic review of retirement benefits.

17. Look into and make a suggestion on any other issues that in the analysis of the commission could appear to be important to the foregoing and therefore ought to be looked into for the benefit of the general public.

18. Take responsibility for any other activity which has the capacity to help in the performance of the responsibilities placed upon it by the virtue of the Act.