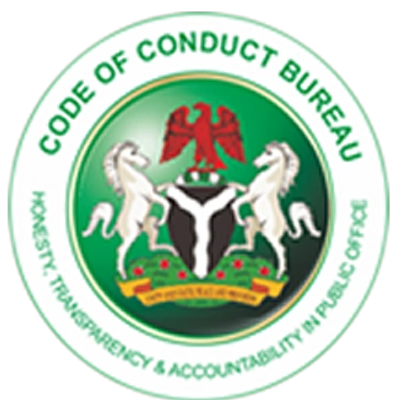 Code of Conduct Bureau (CCB) and its functions are listed in this article and we hope you find it helpful and informative.

Functions of Code of Conduct Bureau

The Code of Conduct Bureau is a frontier agency that fights against corruption and it was formed by the Federal Government of Nigeria.

Its main purpose of existence is the check and curb practices of corruption in the Public service of Nigeria and this has needed its duty since the agency was created in 1989.

The Code of Conduct Bureau stems from the old institutions that were found in government structures all over the world although it operated under different names as the countries vary, it can be traced from as far back as the 6th Century AD in the Middle East.

An Islamic court had once established it in order to put to check the excesses and misconduct of its officials and some other things.

In Nigeria, the Bureau was established in 1979 after 13 years of Military rule i.e. when the founding fathers of the first constitution after the military were ruling.

The constitution of 1979 gave detailed information in the code that was expected of public workers. Before power was handed over to the civilian government, a board was inaugurated however, the board failed to perform accordingly because the National assembly at that time failed to pass the enabling law.

After 10 years, the Babangida regime gave the mandate to the established board and they began operation fully ever since that time, the Bureau has maintained its Position despite the review of the constitution five different times.

The mandate of the Bureau according to the Code of Conduct Bureau and Tribunal Act, Chapter 58 LFN 1990 is to establish and maintain a standard of great esteem when it comes to the morality of the public in the conduct of businesses that relates to the government as well as ensuring that the actions of those holding a public office are in relation to the best standards or public accountability and morality.

In accordance with section 3 of the third schedule to the 1999 constitution, the Functions of Code of Conduct Bureau (CCB) as conferred upon by the Act are:

1. To receive and verify the assets of the public officers as declared by them as stated in paragraph 12 of the first part of the 5th schedule to the constitution.

2. To examine the declared assets in line with what is required by virtue of the code of custody of any law.

3. To be in charge of the declared assets and make them available should there be any call for an inspection by any citizen of the country.

4. Depending on the terms and conditions that the National Assembly may present or prescribe, the bureau must ensure its compliance with and where it is applicable, they must enforce the provisions of the code of conduct or any other relevant law relating to it.

5. To receive complaints about the breach or non-compliance with the provisions of the code of conduct as well as any other law that relates to it.

7. To Benin charge of appointment, promotion, dismissal, and enforcement of disciplinary control over the staff or the code of conduct bureau in line with the provisions of an act of the National Assembly enacted for that purpose.

8. To carry out any other functions that may be required of the Bureau by the National Assembly.