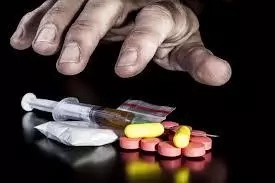 4 Grave Effects of Drug Abuse are written with the intent of bringing to your knowledge reasons we must all frown at it.

1. It Weakens the Immune System

The rate at which the abuse of drugs is speedily eating deep into society cannot be overemphasized. It has become the modus operandi of both young and old knowingly and unknowingly. Before we take an insight into the abuse of the drug, let’s briefly review what we mean by Drug.
The drug can be said to be any chemical substance that causes a physical and mental change in an individual who takes it. It can be said to be abused when such an individual takes it in excess or without a medical prescription.
Apart from medical drugs, society at large especially the young ones do engage in excessive intake of certain stimulants such as heroin, cocaine, Indian hemp, alcoholic drinks, etc.
Some individuals do not take the usual 2tablets of paracetamol prescribed by Doctors any longer, they prefer to take 3 or 4 tablets at a goal claiming that 2tablets don’t have an effect on them. This is an example of abusing drugs.
Some people, as well as engage in self-medication, and some, are used to taking certain pain relievers/sleeping pills from time to time and this tradition has become part of them.

Read Also: Explication of The Medical Profession in Nigeria
This article will be seeing you through the effects these actions can pose on you and society at large. These effects are as follows:

1. It Weakens the Immune System

Excessive intake of drugs can easily lead to a weakened immune system for the person who indulges in it. Such individuals will be opened and easily overturned by an outbreak of diseases, i.e the individual’s immunity will be low having a constant complaint of weakness until he/she takes the drug again to stimulate his or herself.
This makes the person look physically weak/pale and also suffer constant malaria, typhoid, easy contraction of hepatitis and so many others because the white blood cells of the body are weak.

Intake of alcohol, Indian hemp, and sniffing of cocaine from time to time can lead to eventual heart problems.

During the intake of these substances, the blood of the individual becomes polluted leading to blood vessel infection, abnormal heart rates (the heart won’t pump well), and heart attack which may lead to eventual death.
Read Also: Corporal Punishment And Its Psychological Effects on a Child

As we all know that the lungs are a very vital organ of the human system. Continuous exhibition of the abuse of drugs can lead to individuals suffering lungs diseases because these chemical substances pass through the lungs and are in excess, they become harsh on the lungs, pose damage and the patient begins to suffer certain lungs ailment such as asthma, chronic obstructive pulmonary disease (inability to exhale and difficulty in breathing), acute bronchitis, lungs cancer, etc.

Some individuals engage in the abuse of drugs and the intake of hard drugs such as heroin, cocaine, tobacco, and certain alcoholic drinks all in the name of forgetting their sorrow/challenges.
Intake of these drugs, can pose tentative or permanent effects on the brain and disrupt the brain communication pathway.
That is why some lost their memory, some develop brain damage and in the end, bring mental confusion themselves.
Not all mad person(s) we find on the street today was spiritually attacked, some of them are in their condition owing to these heavy chemical substances they got addicted to.
Apart from the effects that the abuse of drugs has posed on individuals, it has as well done more harm than good to society at large.
Read Also: Why And How You Should Lose Weight
The moment these chemicals are either injected, inhaled, or swallowed into the body system, there is a disruption in the brain communication and such individual begins to misbehave in society, talk anyhow become aggressive, becomes impulsive, and wants to fight everyone as long as the potency of the drug lasts.
So intake of such could make individual misbehave, get into trouble, get arrested amongst miscreants, constitute a nuisance in the society, indulge in armed robbery, cultism, thuggery and so many others and so, it has to be avoided.

Was this article helpful?