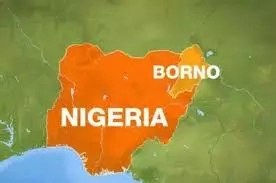 About Borno State has some basic facts you may need to know about the State. Basal Historical and present-day verities of the State are incorporated herein.

Borno State which is located in the northeastern part of Nigeria was created on 3 February 1976. It has its capital seat in Maiduguri. Until 1991, Yobe state was a part of the State. The state is nicknamed Home of Peace.

Kanuri People are the predominant ethnic group in Borno. The other ethnic groups are Lamang, Marghi, and Babur/Bura which are in the southern part of the state. The present-day Kanemi dynasty of the state gained control in the early part of the 19th century. This was after the Fulani jihad of Usman dan Fodio.

Borno State was invaded by the British, German, and French in the early 20th century after it was conquered by Rabin in 1893 in 1902, the British incorporated Borno officially into Northern Nigeria Protectorate, and a new capital was established in Maiduguri or Yerwa in the year 1907 which till present day remain the capital seat of the state.

The State is bordered by the Republics of Niger to the North, by Chad to the North-East, and by Cameroun to the East. It is in the North-Eastern corner of Nigeria and occupies a bigger part of the Chad Basin

The major religion in Borno State is Islam and Sharia is held valid. The minor one is Christianity.

Governor Kashim Shettima is the present Governor of Borno State and he is Deputized by Usman Mamman Durkwa both from the All Progressive Congress (APC).

Borno State has a total of 27 Local Government Areas as follows:

University, Polytechnic, Colleges of Education and Institutes in Borno State