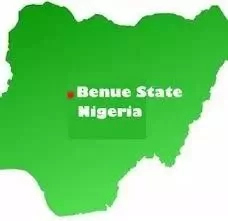 Benue State which is nicknamed Food Basket of the Nation was created on the 3rd day of February 1976. The state was among the new states created by the late General Murtala Muhammed led Military Administration which added to the number of states in the federation from twelve to nineteen states.

The name of the state was derived from River Benue; the second largest river in Nigeria. The river signifies and peculiar geographical marker in the state.

Benue State has its capital seat in Makurdi which was established in the early twenties. Makurdi gained loftiness when it became the headquarters of Benue State Province in the year 1927. In 1976, Markurdi was made the capital of Benue State and serves as the same to date.

The State is located in the middle of the country and it shares a boundary with six other states which include: Nassarawa State to the North, Kogi and Enugu States to the West, Ebonyi and Cross River states to the South, and Taraba to the East.  The State also shares an international boundary Cameroun on the South-east.

Mostly, the people of the State are farmers but those that live close to the riverine regions are into fishing as their second source of livelihood. The people are also known for their rich cultural heritage.

Benue State has natural and mineral resources in abundance. The state is called the food basket of the nation because of its food surplus and sufficiency.

Governor Samuel Ortom is the present Governor of the State and the Deputy Governor is Benson Abounu both from the All Progressive Congress (APC).

There are three Universities in Benue State namely:

There are two Polytechnics in The State namely:

There are about four Colleges of Education in Benue State namely:

The State has a total of twenty-three (23) Local Government Areas namely:

Leave a comment to let us know if this was helpful!

Solutions to Malnutrition in Nigeria