12 Difference Between Ruling and Governing 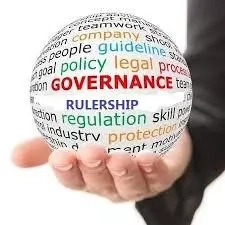 12 Difference Between Ruling and Governing are listed herein. These will curb the erroneous and interchangeable use of both words by a lot of people.

Differences between Governance and Rulership

Difference Between Ruling and Governing

The socio-political and economic development of any given nation is tied to a large extent, to the modus operandi of leadership and the ability of this leadership to facilitate and sustain good governance; thus, promoting the standard of living of her citizenry.

In the course of Nigeria’s existence, she has experienced and practiced many forms of leadership but for the purpose of this research work, we will be dwelling on Governance and Rulership.

Governance can be said to be an act of governing over a people, socio-political, and economic system as well as geographical territory.

Rulership, on the other hand, is a system of government where all sovereign powers are vested in one person void of institutions or constitution to check the exercise of power by the Ruler.

Nigeria has had a large taste in the system of Rulership right from the pre-colonial era to the post-colonial era.

During the pre-colonial era, the political history of the area was characterized by numerous empires such as the Oyo Benin, Kanem-Borno empires, and Sokoto Caliphate. Each of these empires had supreme rulers who were vested with absolute and total power to do and undo without any check and balance.

The military era is also a typical example of the exhibition of Rulership in Nigeria. In military rule, the Ruler rules by decrees which are not questionable by anyone.

1. Leaders are elected in Democratic Governance while in Rulership, Rulers are not elected.

3. In Governance, the elected parliament makes laws for the nation while in Rulership, there is no parliamentary system.

4. Governance is based on the will of the people while Rulership is autocratic.

5. Powers are directly and indirectly shared between the leader and the people in Governance while in Rulership, supreme power is vested on the Ruler.

6. Governance is guided by the constitution while Rulership is ruled by decrees.

7. Separation of Powers and Rule of law is practiced while Rulership has no such systems.

8. In Governance, no one is above the law while in Rulership, the rulers are above and more powerful than the law.

9. Freedom of expression and Fundamental Human Rights are accorded to the citizens in Governance while in Rulership, human rights are violated.

10. In Governance, indigenes are called Citizens while in Rulership, indigenous are called Subjects.

11. In Governance, policies can be influenced by the Citizens while in Rulership, citizens have no choice but to accept any policy made by the Ruler whether it is to their detriment or not.

Leave a comment to let us know if this article was helpful!