Positive Impacts of Democracy in Nigeria 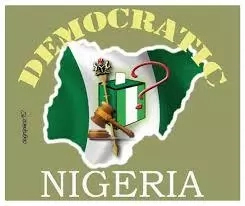 Positive Impacts of Democracy in Nigeria is written with the intent of bringing to the limelight the positive impacts of Nigerian Democracy.

Every nation-state across the African continent and the world at large thrives on protecting the integrity and economic gains of its territory.

Nigeria which is known as the largest economic state in Africa sought and achieved independence from the bond of colonialism in 1960, thus, making Nigeria sovereign, practicing free will, and determining her own fate.

At 19 years of democratic governance today, the impacts of democracy on Nigeria are crystal clear to all citizens and non-citizens.

It is very obvious that the Nigerians have suffered more from democracy instead of benefits. Thus, we will be laying emphasis on the negative impacts of democracy in Nigeria. Democracy.

Democracy is a political system that upholds political freedom and equality (i.e. “the spirit of democracy”). It is defined as a former government under the direct or representative rule of the people and will of the people.

It is a people’s influenceable government. This led to the popular assertion that democracy is the “government of the people, by the people and for the people”.

In commemoration of the restoration of democracy in Nigeria via the democratic election which saw the emergence of Olusegun Obasanjo as the first democratically elected President of Nigeria in 1999 which ended multiple decades of military regimes that began in 1966, May 29th of every year was set aside as a public holiday to mark the Democracy Day.

Nigeria in the last 19 years of democratic stay has enjoyed mixed impacts of democracy with the negative impacts almost, if not totally overriding the positive impacts.

At the early prima-facie, democracy was believed to mark the turnaround/watershed in terms of the political history of Nigeria as well as champion the beginning of New Nigeria but so far, it is evident that Nigerian democracy has not lived up to its expectations.

Advantages of Positive Impacts of Nigerian Democracy are as follows:

3. The supremacy of the will of the people

4. Right to vote and be voted for

5. Active Citizenry/Participation of the masses in governance