4 Problems of bad leadership in Nigeria and Possible Solutions 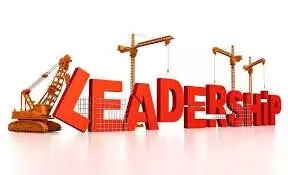 4 Problems of bad leadership in Nigeria and Possible Solutions are listed and explained herein. Nigeria is underdeveloped because of these problems.

Leadership challenges in Nigeria and the way forward

2. Impunity and lawlessness on the path of Leaders

Upon the attainment of independence (self-rule) from the European powers, the Nigerian democracy has faced facing with a stiff attack by a leadership crisis which has resulted in the deteriorating state of the nation.

There is no consensus definition of leadership. Over time, several scholars have described leadership from different schools of thought and perspectives.

According to the Academic Dictionary of Political Science; “Leadership is equally defined as the ability to lead others.”

Godwin Okaneme opined that “Leadership is the capacity of persons to inspire confidence and regard for himself or themselves to guide and govern the followers. Simply put, Political Leadership is leadership at the political level.

Problems of Leadership in Nigeria

Nature, as it maybe has been very fair to Nigeria as a country well endowed with both human, non-human, and material resources, fertile land, beautiful weather conditions, cultural and religious beliefs, etc.

Most important amongst them is the fertile land for agricultural pursuits and natural resources like crude oil which is the major source of Nigeria’s economic revenue.

Apart from crude oil being her biggest revenue earner, the Nigerian land also possesses other mineral resources that equally help to improve her economy.

It is regrettably lugubrious that Nigeria, at fifty-eight years of independence and blessed with such magnitude of natural and human resources has not developed to its full potential.

In fact, Nigeria is globally classified as an underdeveloped nation. Many believed that at fifty-eight likened to humans, Nigeria must have matured fully politically, socially, and economically.

It is generally believed and accepted that leadership failure in the Nigerian polity is the major factor behind Nigeria’s poor growth and economic quagmire.

After independence, Nigeria was described as “a land flowing with milk and honey” but today, we find Nigerians going overseas to seek greener pastures.

Between 1960 and 2018, Nigeria has experienced several forms of notable leadership mishaps ranging from military to civilian rule.

During the military regimes, experiences of massive oppression of human rights were the order of the day. The nation was ruled by decree.

Citizens were ruled, not led. Massive corruption was an order of the day as well as a violent overthrow of regimes in bloody coup d’etats while the civilian rule which was supposed to be a remedy is gradually getting worst by the day.

A civilian rule in modern Nigeria has been characterized by leadership ineptitude, insecurity, electoral violence, bread, and butter politics according to Hon. Patrick Ogbiahagon.

In the absence of patriotic and charismatic leadership, corrupted elites take over the state to serve their selfish interests, instead of the interests of the citizens.

As a consequence, the state itself is unable to fulfill its purpose or perform those functions of protection, delivery of basic social services, and provisions of institutions to respond to legitimate demands and needs.

Major Problems of Leadership in Nigeria

1. Corruption as one of the Problems of Leadership in Nigeria

Since independence, corruption has become a major problem in the democratic governance of Nigeria. It has been evidently proven that most leaders in Nigeria divert funds meant for the public and development of the society into their personal foreign accounts living the nation in a deteriorating state as well as living the masses impoverished.

This leads to mistrust of the masses for the government of the day because there is no evidence of dividends of democracy.

Where there are no good roads, hospital facilities, industries, schools, social amenities, or prompt payment of salaries, there is a high possibility for an increase in crime and other vices.

There is no other factor that can kill leadership than corruption. It has eaten deep into the political system of Nigeria in such a way that no matter the height of the amount of revenue Nigeria generates daily, corruption will consume 70 percent.

Today, our leaders own massive properties everywhere, they own exotic cars, and their children study abroad, and all this wealth is acquired with public funds, yet they keep complaining that there is no money in the treasury and thereafter go to borrow from World Bank.

That salaries, pensions, and gratuities are not paid as when due, bad roads, a non-conducive economic environment, an increase in crime because of unemployment, poor healthcare facilities, and poor infrastructure is tied to the presence of corruption.

Just recently, Nigeria ranks very high in the league of corrupt nations, and as stated by ex-British Prime Minister David Cameron, Nigeria is a “fantastically corrupt” country with corrupt leaders.

Corruption has only succeeded in crippling the economy and growth of Nigeria, there are other countries even in Africa that do not earn half of what Nigeria earns in a month but they have a better, developed, and stabilized economy.

Meanwhile, the present administration under the leadership of President Muhammadu Buhari has since its inception in 2015 made efforts to tackle corruption in the country.

2. Impunity and lawlessness on the path of Leaders as one of the Problems of Leadership in Nigeria

It is a belief that power corrupts and that absolute power corrupts absolutely”. Although leaders enjoy certain forms of privileges and immunity by the reason of their position of authority.

Whereas, the constitution states clearly that no one is above the law. Over time, some leaders have been seen evidently going against the law and running away with it, thus disregarding the rule of law.

The degree of the lawlessness of the leader is gradually increasing day by day because the leaders have too much power to influence any system or institution, including the judiciary.

This gives them an advantage over the institutions and in some cases, these institutions could be used to oppress other individuals.

3. Poor Administrative System as one of the Problems of Leadership in Nigeria

The civil service the highest and largest administrative body of the Federal Government of Nigeria has been ridiculed for ineptitude and corruption.

Appointments are not worries done based on ‘man know man‘ system or ethnicity. This leads to the recruitment of incompetent hands resulting in little or no result.

4. Electoral Malpractices as one of the Problems of Leadership in Nigeria

The government is transitional in nature. Elections play a vital role and are very vital as far as Democracy is concerned.

Electoral processes in Nigeria have over the years been characterized by violence and malpractices where electoral materials are being carted away by hired thugs, manipulation of results, and shedding of blood has become a normal occurrence.

This results in the imposition of leaders who have little or no services to render to the country other than exploiting and looting public funds.

Economically, the dependence on the oil sector for revenue and neglecting other sectors like the agricultural and industrial sectors is a very bad idea. It should be recalled that it was when the oil prices dropped that Nigeria went into recession.

Solutions to leadership problems in Nigeria:

Leadership is all about contributing to the growth of society, not a means to obtain power or harness wealth by stealing public funds.

Our leader must understand leadership before desiring to vie for any political position. Leadership is not rulership. Nigeria needs leaders, not dictators.

2. Free and Fair Elections as a remedy to the Problems of Leadership in Nigeria

Free and fair elections produce the right and merited leaders. An election is not a ‘do’ or ‘die’ affair. Electoral violence requires lots of money from candidates involved and such candidates will surely want to get double what he or they spent during the electioneering period, thus leading to embezzlement of public funds.

Also, the youths should not offer themselves to be used as thugs for snatching ballot boxes during electioneering periods.

3. Adherence to Rule of Law as a remedy to the Problems of Leadership in Nigeria

No one is above the law, irrespective of office or rank. Leaders should adhere to and obey the laws of Nigeria.

4. Checks and Balances as a remedy to the Problems of Leadership in Nigeria

Checks and balances help to checkmate political and administrative excesses in government. There are three arms of government namely:

Checks and balances enable these three arms of government to check each other at all times in order to maintain political decency and socio-economic growth.

5. Youth involvement as a remedy to the Problems of Leadership in Nigeria

A popular adage says that “youths are the leaders of tomorrow.” The youth should not just sit and watch, they should get involved in the polity, and take up leadership positions and appointments.

This will help to build up the leadership capacity of the youths for the future. The Not too Young to Run Bill recently signed into law is a welcome development and has as well opened the gate for youth participation in governance.