What Not to Do During Pregnancy to Avoid Miscarriage – 8 Tips 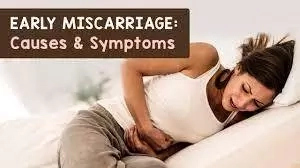 What Not to Do During Pregnancy to Avoid Miscarriage – 8 Tips are listed and explained one after the other in this article.

What to do to avoid miscarriage in the first trimester

Miscarriage refers to the instinctive or instinctual termination of a pregnancy before the 20th week of gestation. A medical professional has examined that in a year, over 12 percent to 15 percent of pregnant women experience miscarriages.

Read Also: Everything You Need to Know About First Trimester of Pregnancy

These records have increased in the 21 century than in the 19 century, hereby making the issue of miscarriage very vital.

During the process of gestation, a lot of development occurs. It is also a time or process by which the child forms and develops.

Hence, any termination of this inclusive growth can be regarded as a miscarriage. This article will focus on early tips that should be considered to avoid miscarriage.

1. Treat any type of Infection before or during pregnancy

This is sometimes surprising to pregnant women that simple infections and diseases can cause miscarriage. During the period of pregnancy, many infections in the mother may translate to the developing child in the womb.

Some of the diseases or infections causing miscarriage include chlamydia, gonorrhea, syphilis, German measles, AIDS, and even malaria have the risk of increasing the chances of having a miscarriage. As such, any type of Infection should be before or during pregnancy according to the doctor’s prescriptions.

Women who are likely to be 35 years of age or older have a higher risk of miscarriage than ladies who are 30 years younger.

Medical professionals have explained that women who are 35 years older have about a 30% chance of having a miscarriage since there are approaching menopause. As such it is advisable that the issue of pregnancy should be settled by couples early to avoid any anxiety.

Being overweight during the period of pregnancy or even obese can be very dangerous for any pregnant woman. Extreme weight gain simply increases the chances of any woman having a miscarriage.

Smoking affects the child in the womb, causes complications, and increases the risk of having a miscarriage. It is advisable to avoid smoking during the period of pregnancy.

The practice of drinking alcohol by a pregnant woman can be desirable to her taste but it is very harmful to the child in the womb. Alcohol especially excessive consumption should be avoided at all costs to avoid having a miscarriage.

6. Avoid the intake of Drugs

Medical personnel has warned that any drugs taken by a pregnant woman should be prescribed by a doctor and no self-medication should be observed during the period of pregnancy.

Even a common drug like paracetamol is capable of causing a miscarriage if it is not taken according to the doctor’s prescription.

There are drugs produced for various common diseases meant to be taken during the period of pregnancy only. For example in the treatment of malaria and typhoid, a pregnant woman cannot take the usual medication during this period as it is capable of increasing the rate of miscarriage. It is advisable to see your doctor and avoid any self-medication.

Stress is a state of mental tension and worry caused by problems in the life of a person or due to unnecessary work loans.

It can occur as a result of having strong feelings of worry or anxiety. Stress has a great effect on a woman, especially during the period of pregnancy.

This is advisable for a pregnant woman to stay around people, have an assistant at home, or even leave a job that is exceptionally demanding.

Stress has a higher chance of increasing the rate of Miscarriage in women. It is also advised for any pregnant woman to stay in a peaceful environment, stay happy and avoid worry.

Despite the frequent occurrence of Miscarriage, it can be avoided when these simple tips are applied or practiced. One of the reasons for miscarriage is the abnormal development of a fetus which is usually due to Genetic issues, chromosomal abnormalities like the intrauterine demise of the fetus, blighted ovum, or other health challenges.

Hypertension, thyroid disease, heart disease, kidney disease, antiphospholipid syndrome, lupus, and other types of immune system disorders are also certain health challenges that can increase the rate of miscarriage during the period of pregnancy.