Punishment for False Accusation in Nigeria 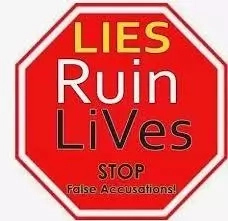 Punishment for false accusations in Nigeria will be explained here. This is to help guide against further blackmail in Nigeria.

Penalty for false accusation in Nigeria

A false accusation is a form of defamation. It is what happens when an individual makes untrue statements against or about another and puts it out to the public by making it known to a third party by written word or word of mouth, and those statements wound the reputation, character, or integrity of that individual.

Usually, the accuser will pay for damages if the target of the statements insists to recover damages from the person who uttered the false statements by taking legal actions.

Libel is a false accusation that is done in a written form, such as open letters in a newspaper, magazine, or on social media platforms and other platforms availed by the internet.

Slander, on the other hand, is a false accusation that is orally published, such as in a speech, over the airwaves (radio and television programs), or voice notes, or in casual conversation.

Time and time again, people have been falsely accused. The most common instance of this is men who are accused of rape by women whom they have had affairs with on consensual grounds.

A couple of months ago, it was a trend on Twitter when a young woman accused a man of raping her. When it became difficult for this man to wriggle out of this accusation and seeing that he could not cope with having to wear the rapist tag around, he committed suicide.

Another recent case is that of a popular Pentecostal pastor who was accused of failing to consummate into marriage, an extramarital relationship he had with a certain woman who claimed to be his mistress.

The same woman later made a public confession that it was a false accusation and make-believe sponsored by those who wanted to tarnish the pastor’s image.

It is important to note that false accusations, whether in written form or oral form, is a crime and it is punishable.

Punishment for False Accusation in Nigeria

If a person levels a false accusation on an innocent person and is found guilty of the offense by a court of law, he or she will have a 1-2 year imprisonment sentence or be fined as the judge decides or deems fit to recover the dented image and reputation of the accused.