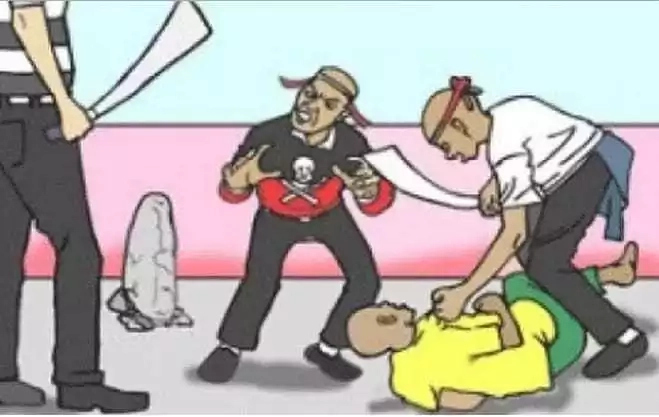 Dangers of Cultism in Nigeria will be listed and explicated in this article. This is to guide against this menace by pointing to the implications.

Explain the dangers of cultism

In a bid to acquire power, wealth, or fame, a lot of youngsters have found themselves initiated into cult groups.

These groups promise them all that they can ever desire only as a trick to lure them into harmful activities such as killing, raping, smoking, the use of hard drugs, kidnapping, etc.

The acts of cultism are not only prevalent in the Universities as it has spread its tentacles to the Primary and secondary schools and almost all levels of people in the society.

The original intention of cultism, however, wasn’t to be a trouble-causing group but it was initiated by Woke Soyinka in the University College Ibadan (now called University of Ibadan).

The main purpose of the group then was to fight what they called a moribund convention, tribalism, and neocolonialism.

Their group at that time helped to defined humanistic ideals and also promoted comradeship and chivalry amongst its members.

After its inception in 1953, other university students began to adopt it in their various universities and it was a welcomed development.

Time passed and just like you know that ‘when the purpose of a thing is not known, abuse becomes inevitable, the next two generations after the original founders began to adulterate the whole system.

A group that was known for its morality soon turned out to sponsor immoral acts and the tussle for power and relevance began.

With this development, a lot of wrong things have been done, and cultism has presently done more harm than good in the country. In this article, we’ll look at some dangers of cultism.

Dangers of Cultism in Nigeria

Here are Dangers of Cultism in Nigeria:

The end of every evildoer, no matter the length of time is death. Nigeria as a country has lost so many persons to death as a result of cult-related activities.

Cultism today is a deadly association and the man who belongs to the group is selling his right to live because the moment you ‘belong’, no matter the life protection given to you, you more likely to die untimely.

The death consequence does not affect only the cultists, it springs to the innocent persons which include lecturers, rivals, coursemates/classmates, family members, and even security agents.

Most cult groups are bonded by blood. They make a cut in the flesh and share the same blood and as you well know, HIV is easily spread through blood transfusion. I’m guessing you don’t need a long sermon to understand what this means.

Hardly will you find a cultist to make a first-class or second-class upper. Should you find one, he must have sorted his way up there. A cult member often has academic challenges.

He is rarely in class because his attention is divided. He has to attend meetings, carry out assignments and all manner of things and these lead to serious academic challenges.

The joy of every parent is to see their child or ward come out of school with flying colors. This is next to impossible when that child ‘belongs’.

The moment a person belongs to a cult group, the hope of getting a good grade is far away and the parents should be grateful if he even leaves the institution alive.

It is no more news that most politicians employ the services of cult groups for election duties. This leads to the loss of lives and properties during elections because the cult members go to the scenes after they have taken in illicit substances and disrupt the peace of the process.

There are many other dangers of cultism in Nigeria but as a wise man said, “A stitch in time saves Nine” read up the solution to cultism in Nigeria in another article on this site and you’ll find out ways to stop this dangerous sect.