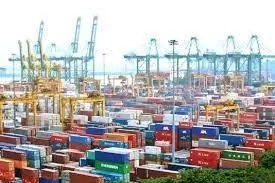 5 Secrets Investors should know about Nigerian Non-oil Export are listed and explained in this article. You will find this informative.

Read Also: How to Start Export Business in Nigeria

Nigeria’s economy is endowed with abundant human and material resources. For several years, Oil products have been the major exports while the non-oil export trade of Nigeria is consistently evolving over time.

Non-oil export refers to products that are produced within the country that are sent outside the country to generate revenue for the growth of the economy. Such products are mainly agricultural and industrial mining products.

What are the distinguishing things about non-oil export?

Looking at today’s economic activities, the country is lagging behind socially, economically, and even politically compared with other developing countries in the world.

Ironically, its annual output and volume of export over the years is not commensurate with the natural resources that abound on both land and sea within its geographic space.

There is a consensus that diverse factors determine a country’s output as well as exports. When Investors specialize in non-oil export rather than just oil exports, there is bound to be optimization of resources.

The activities of investors remain an important issue that usually dominates the policy-making agenda of governments both in developed and developing countries.

In Nigeria and indeed many developing countries, non-oil exports are available and yet to be fully utilized. This creates competitiveness among investors who can discover the resources and transform them into a finished product for the final consumers.

Many Nigerian and foreign investors have excessive dependence on crude oil exports and this has important implications for the Nigerian economy since the oil market is a highly volatile one.

The removal of all bureaucracies and additional incentives through the Structural Adjustment Programme (SAP) did not have any significant impact on the volume of non-oil exports. This shows that the Non-oil sector improves productivity.

3. Design and Implementation of policies by the Government

Specifically, It is important to note that the prerequisite for success in the design and implementation of policies that are aimed at promoting non-oil exports lies in a proper understanding of economic activities in the Nigerian economy.

Government should make policies that will promote domestic production in the economy. This will enhance non-oil exports and reduce importation.

To achieve this, the government can deliver efficient infrastructural services, especially power supply, and other energy resources, and reduce pressure on the naira exchange rate.

However, following the adoption of the Structural Adjustment Programme (SAP) in 1986 the country moved from a pegged regime to a flexible exchange rate where the exchange rate was allowed to be determined by the forces of demand and supply.

In 1994, there was a sharp increase in the exchange rate to N21 per dollar but the effect did not reflect immediately in the value of the non-oil exports.

In the year 1995, the value of non-oil exports quadrupled from N5bn to N23bn. During this period, the exchange rate was still stable at N21 per dollar.

These measures include among others the banking sector consolidation in 2004, strengthening of the Dutch Auction Market, narrowing of the premium between the DAS, Bureau De Change, and Inter-Bank rates, and introduction of the Monetary Policy Rate as a replacement for the Minimum Rediscount Rate.

From the year 2004 to 2012, the value of non-oil exports increased to hundreds of billions of Naira. However, the exchange rate averaged N140 per dollar.

Also,  one of the major factors that determine a country’s output is the exchange rate which affects both oil export extensively and other factors.

The instability of market equilibrium is the core issue for every investor. If an equilibrium price is displaced slightly, the concern of the investor will be on its effect on its original value?

If an exchange rate equilibrium price is not stable, a slight increase will generate either an excess demand for foreign exchange or a slight decrease will cause an excess supply.

The market price could also fluctuate simply because the determining curves shift about a great deal. This perdition has little or no proportional effect on non-oil export.

The country should develop linkages between the primary commodities and its industrialization in order to reduce overreliance on the international market.

Again, Government should make policies that will promote domestic production in the economy. This will enhance non-oil exports and reduce importation.

To achieve this, the government can deliver efficient infrastructural services, especially power supply, and other energy resources, and reduce pressure on the naira exchange rate.