Profession in the Medical Field 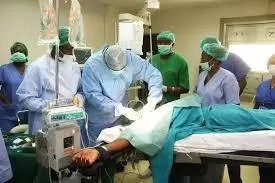 Profession in the Medical Field is written in order to bring to your perusals the rudiments and practice of the Medical Profession.

Profession in the Medical Field

Medical Profession is an occupation aimed at protecting, promoting, and restoring good health with a focus on identifying, diagnosing, and treating illnesses using scientific and highly specialized knowledge.

It is also the body of individuals who are qualified to practice medicine in Nigeria. The medical career has been practiced for centuries. Universally, it still remains the most learned and reputable amongst the originally learned professions.

In pre-colonial Nigeria, Medical Profession was the most respected profession before the emergence and development of other professions, the Medical Officer of Health was usually given the kind of larger-than-life position within the government.

The medical officer headed the Health Department and was the next officer to the District office of old, that means if the district officer is on vacation the Medical officer of health was mandated to act in his stead and the Medical officer of health earned far more than an Administrative Officer Grade One (an equivalence of today’s Permanent Secretary) and the colonial Government allowed their official residence to be in Government Reserve Area (GRA) Ikoyi, Lagos, the first Nigerian to rise to such elevated position in the colonial government was the Late Sir, Dr. Kofo Abayomi.

Read Also: Corporal Punishment And Its Psychological Effects on a Child

After Independence, the post-colonial government allowed the establishment of private clinics and hospitals and the medical offices in Government were running them, a practice that was not allowed in the colonial government, the orderly medical system adopted and followed by the colonial government was further watered down when the military took over, in order to legalize the illegalities in the forceful power takeover from the politician and bureaucrats, Judges were elevated to earn more than other administrative personnel and medical officers because the legal department of government was used to promulgate decrees to give legal backing to the military hijack of power by the barrel of guns, that was how the decay in the medical Career started and that leads to the mass movement of medical officers out of the country to other parts of the world and some medical doctors let go of medical profession and engage in active politics and other professions with better remuneration.

How to Move Medical Profession Forward In Nigeria

The Medical Profession in Nigeria can be improved if the government of the day will comply with the recommendations of World Health Organization (WHO) which include the following:

The government has a huge role to play if the medical profession in Nigeria is to improve beyond what we currently have.

The three tiers of government have to clearly define their responsibilities, the federal government is responsible for tertiary healthcare, which covers managing the affairs of the University Teaching Hospitals and Federal Medical centers, the state government coordinates Secondary Healthcare, manage general hospitals and the Local Government coordinates primary healthcare though the federal government still have some influence by regulating the affairs of National Primary Health Care Developing Agency (NPHCDA).

In addition, a workable and acceptable National Health Insurance Scheme should be put in place that will guarantee continuous flow of patients to both public and private hospitals where qualified doctors can attend to them rather than avail themselves of the services of quacks; this will enable the doctors to have more financial power and Job satisfaction.

Furthermore, the medical schools should be well equipped with modern technology and should also be properly funded so that Medical Doctors the schools produce are truly qualified in the practice.

In conclusion, all the stakeholders in the medical profession should keep researching for a more convenient Blueprint that will enable Nigeria to meet the World Health Organization (WHO) ratio of 1:600 (one doctor to every 600 persons) for any country to have enough doctors for its population.

If you found this helpful, leave a comment to let us know!