Importance of Journalism in Nigeria 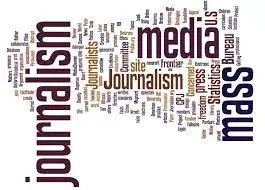 History of Journalism in Nigeria

Read Also: How to Become a Journalist in Nigeria

We cannot trace the history of journalism in Nigeria without talking about the events that led to our independence in 1960.

Journalism was a major catalyst that made the struggle yield fruits. Considering the foregoing, it would not be a hyperbolic expression to say that journalism is such a powerful tool and we can achieve a lot with it.

Journalism, according to the American Press Institute, is the activity of gathering, assessing, creating, and presenting news and information.

Journalists are said to be keen observers of the happenings in society and are pathways through which news gets to the people. Ultimately, journalism is a form of communication that is very important in any society.

Read Also: How to Become a Sports Journalist in Nigeria

Importance of Journalism in Nigeria

Below are the Importance of Journalism in Nigeria:

The media has three main goals to inform, educate and entertain the public, the need for accurate information in an age and time when there is much fake news peddled by people who are desirous of cheap publicity through social media platforms, we need journalism to bring us unadulterated information.

Since it is unethical to fabricate and plagiarize, it is expected that the journalists leave biases out of their reports and stories and let transparency be their watchword.

2. Freedom of speech is facilitated by journalism

Journalists gathered stories and make news out of them. They sometimes bring the opinion of those we call the masses and those who are key leaders.

The media is known as the fourth estate and has the right to function as independently as possible in order to foster objectivity and not the journalism of “he who pays the piper dictates the tune”.

Without revealing information sources to shield vulnerable poor people, journalists fill the voids, acting as the mediator for the freedom of speech of individuals whose voices have been reduced to whispers by poverty, illiteracy, fear, and all the things which hold down a common man.

3. Journalism is a precursor for social change

Several revolutions around the world have been catalyzed by journalism. Journalism continues to draw the attention of the people to the issues which need fixing.

It educates the people about their rights and shows them how to demand them. This was the case with the role of journalism in Nigeria’s independence.

The media opened the eyes of all Nigerians to the societal issues which could only be addressed with independence and the gains that would come with it.

We cannot but agree to the potency of journalism if we critically examine the role it played in bringing us independence.