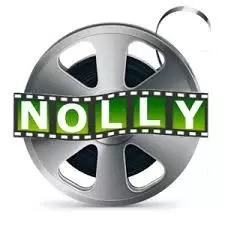 7 Best Nollywood Actresses in Nigeria are listed and discussed in this article. You will find this article informative and enlightening.

In 2019. This multi-talented actress has not stopped bringing surprises to the faces of her audience in virtually all the movies she features in.

Adesua has been at the peak of her game ever since she penetrated the Movie industry and her recent appearance in the movie called ‘Muna” gave her a raise in the ratings of her fan as she showed off her skills in martial arts through the expert use of the Japanese sword as well as the way she used her fist and legs.

The Diva who is featured in the movie called ‘Cold Feet’ stands out explicitly amongst other actresses in the Nigerian Movie industry.

She does what she knows how to do well with style and class and delivers excellence when she is on the screen. She is not known to feature in too many movies but in the few, she appears in, she makes her mark known.

Known for her popular movie, Jenifa’s Diary, Funke is a very exceptional actress who understands her onions. Apart from being so beautiful, she makes use of her twisted use of the English language, failed diction, and poor tenses to give her audience some kind of comedy in a way they do not even expect.

She first came into the spotlight through a Yoruba movie she featured in called ‘Owo Blow’ because of the way she spoke the language, one may be tempted to think that she is not fluent in the language.

Bimbo carries herself with such dignity and mannerism and this in no doubt is one of the reasons why she has made it to the list of the best actresses in Nigeria.

A list such as this would rather be incomplete without this great actress being mentioned. Kate has been on our screen for quite some time now and all the movies she features in have been quite impressive as she gives her audience a blend of nobility and professionalism.

In 2019, Toyin Abraham was featured in so many movies and she did so well by setting herself apart in the movies through the character she represented.

She is very good at the art of movie acting and has a very unique trait of a role model. These combinations make her find her way into this list as one of the best female actresses in Nollywood.

She featured in the movie called ‘King of boys” and she displayed her perfect skills as she played the character called ‘Jasmine’ as a result of this show she featured in, she became one of the best female actresses in Nigeria as she became admired and talked about almost by everyone who has seen the movie and also. She has a high craze for fashion.

This list however is not exhaustive; the actresses listed here have done their best in the movies they are featured in and have exceptionally displayed a show of their expertise in the movie industry. They may however not be the richest, but they are good at what they do.

How to Become a Nollywood Actor