The Richest Nollywood Actress in Nigeria 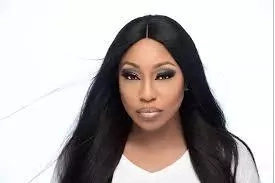 The Richest Nollywood Actress in Nigeria will be discussed in this article. This rating is dependent on payment within the movie industry.

Who is the most richest Nollywood actress in Nigeria

Apart from having a net worth of nine hundred and fifty million Naira, she is the highest-paid actress in the Nigerian movie industry and this makes her the richest actress in Nollywood.

Rita was born on the 12th of July 1975 into the Eze Nwaturuocha’s royal family in Abo Mbaise in Imo State, Nigeria.

The royal blood was born to Late Dr. and Mrs. Dominic Nwaturuocha, as the youngest of their four children.

Her parents were quick to notice that she had a flair for the arts and dancing and so they devoted their time to nurse the talent. Unlike, many Nigerian parents, they allowed saw its prospects and allowed it to grow.

Before the Nollywood star, Rita Dominic, moved to Lagos to join the movie industry in 1998, she attended Federal Government College, Ikot Ekpene, Akwa Ibom State, and proceeded to bag a Bachelor of Arts in Theatre Arts at the University of Port Harcourt where she gained more professional skills and what skills she needed to gain entry into the movie industry and rise to the top.

Twenty-one years after joining the movie industry, Rita has played so many roles dexterously in over a hundred movies.

Read Also: How to Become a Musician in Nigeria

One of her earliest movie roles is that of a lead female role in a movie titled “My Guy” which was produced by Basorge Tariah and directed by Osotule.

In that movie, she acted alongside a popular comedian, Ali Baba. Because of how excellently well she played that role, she has ever since been stared in more movies in which she was given notable roles to play.

These movies include, “76”, “White Waters”, “Distance Between”, “Streets of Calabar”, “All My Life” (a Tchidi Chikere film) and “Shattered”, the Kenyan film which won her the best actress in the 2012 African Movie Academy Awards and the East African Kalasha Awards.

Her movie, “The Meeting” which is an award-winning romantic comedy-drama, was produced in 2012 for The Audrey Silva Company (TASC) which she co-founded with a director of repute, Mildred Okwo.

Until 2012, many Nigerians and Nollywood fans across the globe thought Rita Dominic was just an actress, but the expertise with which she produced “The Meeting” left everyone stunned and made us realize that she was more than a passionate actress.

It is therefore not a thing of surprise to movie lovers that “The Meeting” has brought her many awards and pulled her up the ladder of recognition in the Nollywood film industry and across the globe.

10 Ways To Manage An Entertainment Without An Event Planner