Areas that Require Restructuring in Nigeria 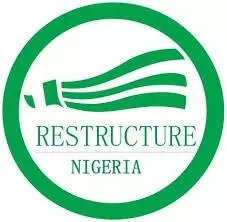 This article discusses the Areas that Require Restructuring in Nigeria. This will help those who are yet to agree with the restructuring plan.

Though some, especially our leaders, are yet to come to terms with the restructuring ideology, an x-ray of these issues is sufficient to necessarily demand a restructuring.

Here are the Areas that Require Restructuring in Nigeria

Political and economic power seems to be too concentrated at the centre (federal level), leaving many responsibilities and huge resources in their control, and robbing other levels of government of these powers.

Read Also: The Importance of Budget in Nigeria

The current arrangement cannot effectively cater to the needs of those at the local level. The restructuring will do well to transform the respective roles of the different arms of government, to perform well in areas such as territorial and economic governance.

Power needs to be devolved to the states and local governments to effectively undertake governance at that level without hindrance from the federal.

The states and local governments need to be allowed to operate as autonomous – generating revenue and sustaining itself therewith.

This will make for greater accountability, improved flexibility, and reduction in the unnecessary bureaucracy of governance. Unitary Federalism is advised.

Regional/state policing with constitutional provision for overriding security powers of the army supervised by the federal, is advised.

There must be a real separation of religion from the state and public policy.

This would require building a policy foundation for the economic success of the nation, such that would nurture the spirit of enterprise and participation in key national issues, accommodating the private sector to a large extent.

Restructuring is more than amending some sections of the constitution as the need arises, it is more about instituting a cultural revolution to support the tenets of peaceful coexistence and survival of different sections of the country.

7. Creation or merger of states

12. Power-sharing and rotation of political offices

14. Type of legislature to engage

Benefits of Restructuring to Nigeria

Names of Nigerian Ministers and their Portfolios

Names of Governors in Nigeria and their States

Highest Paying Jobs in the World