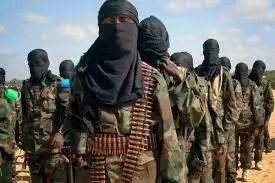 Terrorism in Nigeria Causes Effects and Solutions are discussed herein. This is a way of salvaging the terrorism problem in Nigeria.

Causes and Solutions to Terrorism in Nigeria

The use of either organized or disorganized forms of violence to threaten or create fear and tension in people of a nation in order to achieve a purpose whether in religion or politics is often referred to as terrorism.

The act of terrorizing citizens of a country is very wrong and demoralizing to both the perpetrators and those it affects.

No nation can rise up to greatness when terrorist attacks are still on the rampage. Terrorism did not begin in Nigeria and quite, unfortunately, it will not end in Nigeria because as long as ignorance thrives amongst a set of people, terrorism will still prevail.

Acts of terrorism are sometimes used to achieve specific goals and agendas within a country. This, however, leads to the loss of lives and properties of people within the geographical zone where the treacherous act is carried out.

Nigeria has witnessed some degree of the effect of terrorism, most of which can easily be linked to situations where the rights and privileges of other persons have been perceived to be unjustly taken away by higher authorities or people with beliefs that contradict the beliefs of those who sponsor the acts of terrorism.

Terrorism, just like other bad occurrences is always sponsored by a lot of factors which we are going to list in this article.

Causes of Terrorism in Nigeria

An illiterate does not know what is worth standing or fighting for, he is easily shifted from one point to another and doesn’t have a say of his own.

Check out all who carry out the act of terrorism, you’ll discover that there are only a few enlightened persons amongst them and those ones are usually not found amongst those who risk their lives.

When the government does not care or show concern about the immediate needs of the people, the people may have no option other than to rebel against the unjust treatment netted out to them by the government they vote into power.

Opposition both sponsors growth and destruction in the economy. The opposition party sometimes empowers the youths to carry out acts of terrorism in order to dent the image of the ruling party and since politics affect the GDP of a nation in a way, it causes a setback to the economic growth.

A man who has nothing to do is a potential workshop for the devil. His state of Joblessness causes him to do only evil especially when the man is surrounded by hard drugs.

There are many other causes of terrorism in Nigeria but these are the few that will be listed here and quickly, we will move on to giving possible solutions to aid in stopping terrorist activities in the country.

Solutions to Terrorism in Nigeria

Here are the Solutions to Terrorism in Nigeria:

Education is a light that makes ignorance shy away. Let proper education be given to people at all levels.

When a person is not educated, he or she may do anything he likes but proper education shapes a person’s mindset. The government should do all that it can to ensure that education is affordable to everyone.

2. More jobs should be created

When there are created jobs, there will be more opportunities for people to do things that are more beneficial to themselves other than revolting violently against a constituted government.

Politicians should be made to understand through whatever means that politics will always come and go and that the peace and safety of a group of citizens should not be meddled with. They should do politics but not at the expense of the safety of the nation.

Strong laws should be enacted against terrorism and whoever is caught in the act should be dealt with regardless of who is concerned.