Punishment for Domestic Violence in Nigeria 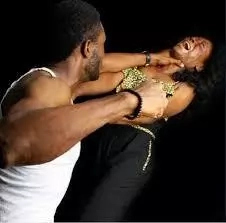 Punishment for Domestic Violence in Nigeria will be explicated in this article. This will help caution culprits against the impending punishments.

What is the normal punishment for domestic violence

Domestic violence has become a great source of concern in Nigeria and the world over. It is greatly encouraged by the fact that ours is a culture that preaches endurance in the face of life-threatening challenges in family life.

Meanwhile, what does domestic violence mean?

Domestic violence is an act of violence against a partner with whom you share an intimate relationship. Domestic violence can be influenced by a number of factors. Patriarchy encourages a wife’s battery.

Some beat their spouses out of frustrations in life. There are cases where religious leaders have been accused of ordering their members to discipline their spouses.

Read Also: Punishment for 419 in Nigeria

Domestic violence in Nigeria comes in diverse forms: physical and emotional. The most popular are incidences of wife battery where the husband beats up the wife and turns her into a punching bag.

In some cases, the couples are not legitimately married. They may just be cohabiting with each other.

However, Nigeria is beginning to witness a change in the narrative as women are becoming more and more violent to the extent of becoming husband beaters.

There are instances where a spouse gives corporeal punishment to the other partner. In Africa, it is believed that a recalcitrant wife should be beaten into order. So husbands flog their wives, make them kneel down, or give them other such punishment.

On the aspect of Emotional violence, a spouse indulges in abusing and insulting the partner. This is done through name-calling, cursing, and generally making negative remarks against the partner.

Even without physical beatings, these negative attitudes and words always get their victims depressed, with a feeling of worthlessness.

In other instances, spouses pour acid on their partners. Others deny their partners access to financial assistance and sexual fulfillment.

Incidences of domestic violence are on the rise because some spouses, especially women do not know that there are legal provisions for their protection.

Punishment for Domestic Violence in Nigeria

There are however consequences for domestic violence in Nigeria. In 2015, the Violence Against Person Act was passed. It has the following regulation for spousal battery in section 19(1):

“A person who batters his or her spouse commits an offense and is liable on conviction to a term of imprisonment not exceeding 3 years or to a fine not exceeding ₦200, 000 or both.”

What this means is that if you beat up your husband or your wife (as the case may be), and you are caught, you will be tried in court and jailed for three (3) years.

Alternatively, you can be made to pay a fine of ₦200, 000. If your case is very serious, you might be sent to prison and still asked to pay the fine.

The law does not make provision only for those who actually commit domestic violence outright. It also stipulates some penalties for those who even attempt to batter their spouses.

See Punishment for Domestic Violence in Nigeria below:

Such persons, when found guilty will be sent to prison for one year or made to pay a fine of ₦100, 000. The convict can also be made to pay the fine.

Furthermore, any party who incites another to engage in domestic violence will be also be sanctioned as stipulated by the law. Such fellow when convicted will be slammed a 2-year jail term or a fine of ₦200, 000.

Lawful Ways to Recover Debt from an Individual or an Organization