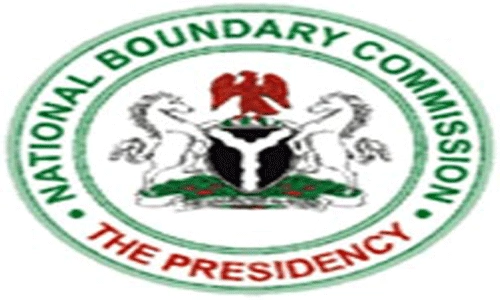 National Boundary Commission and its functions are listed in this article and we hope you find it helpful and informative.

As a result of this recently made Act, the National Boundary Commission was re-born and empowered in a higher dimension to handle problems that involve boundaries and landmarks between Nigeria and neighboring countries in which the same landmarks or boundaries are shared as well as any domestic boundary issues that may arise within the geographical areas of the country either at state or local government level as well as communities within the country.

The following are the Functions of National Boundary Commission:

1. They intervene and handle any misunderstanding that has to do with the boundary between Nigeria and other neighboring countries in which Nigeria shares a boundary. Their primary aim of intervening is usually to settle the misunderstanding or dispute.

2. They intervene and handle any misunderstanding that has to do with the boundary between states and local government areas and their communities in Nigeria. Their primary aim of intervening is usually to settle the misunderstanding or dispute.

3. They set clearly the boundaries between states and local government areas and their communities in the country as well as other neighboring countries that share the same landmark or boundaries with Nigeria using any relevant document as a yardstick.

4. They monitor trans-border relationships between Nigeria and those countries that share a border with us in order to detect the possible areas of conflict and tension.

5. They promote cooperation when it comes to trans-border as well as birder region development.

6. They encourage and promote regulated settlement should there be birder disputes in preference to litigation.

7. The sponsors’ judicious use of resources on borders that are shared e.g. Land, water, games, forest resources, etc.

8. They coordinate and monitor everything that happens within international boundaries.

9. They create policies and organize programs both within internal and international boundaries which include land and maritime. They connect and liaise with other relevant bodies that have to do with boundary-related issues.

10. They proffer counsel to the Federal Government in relation to matters that affect the borders in Nigeria and the shared ones with the international neighbors.

11. They critically consider recommendations and referrals from the technical committee as well as any other committee that has been set up by the commission and also provides counsel to the government based on such referrals.

12. They take steps to ensure that the resolutions on international boundary misunderstanding are implemented.

13. They teach the general public the function of the commission under this Act.

14. They organize, operate, conduct, run and take part in such training, courses, lectures, symposia, conferences, seminars, and study groups that are similar that may ultimately affect and upgrade the activities of the commission or how well the officers and employees do their work.

15. Do any other thing that the President of the Country may ask them to do in relation to boundaries and borders both in domestic and international part.

How to Talk to Your Teenager Without Arguing – 7 Ways

How Good Nutrition Can Prevent Infections