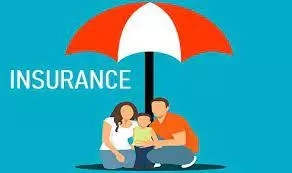 Reasonable Expectation Test in Insurance is explicated in this article to address your concern. We hope you find it helpful.

A legal standard known as the “reasonable expectation test” in insurance decides whether or not a certain loss or claim is covered by an insurance policy.

The rule indicates that a loss or claim will only be covered by an insurance policy if it is in line with the policyholder’s reasonable expectations as determined by the policy’s wording and conditions.

This implies that the insurance company is not liable for paying any losses brought on by a risk or hazard if the policyholder knew or should have known about it and that risk or hazard is not expressly covered by the policy.

The reasonable expectations concept is founded on the idea that insurance policy wording should be interpreted in accordance with what a layperson would perceive it to mean, as opposed to how an insurance expert would do so.

The rule states that the policyholder’s expectations must be met “so long as they are objectively reasonable from the layman’s point of view, even though he would have grasped the limitation that defeats the expectations at issue had he conducted a meticulous study of the contract.” 1

However, the theory would not regard a policyholder’s expectation that he would be entitled to complete coverage without any limitations or exemptions to be reasonable.

The theory does not mandate that a policy be changed just to achieve an outcome that benefits the insured. Instead, while interpreting the provisions of an insurance contract, the reasonable expectations of both the insured and insurer must be taken into account.

Application of the Reasonable Expectations Doctrine

Courts may use the reasonable expectations test to try to settle a disagreement where there is uncertainty in an insurance contract and it is unclear what each party intended when they entered into the agreement.

According to this philosophy, the meaning of a word or phrase is determined by what a logical person in the insured’s situation would have interpreted the word or phrase to imply.

For instance, if the insured is a company owner, the court will take that person’s reasonable interpretation of the term or phrase into account rather than an insurance expert’s or lawyer’s interpretation.

The reasonable expectations doctrine’s use is often restricted to situations when the policy’s intent is unclear. Courts in the majority of states won’t use the theory where the contract’s provisions expressly declare, for example, that coverage is excluded.

What Countries Recognize the Doctrine?

To clarify ambiguity in insurance claims, courts in almost every country have utilized some variation of the reasonable expectation concept.

The approach has, however, typically been disregarded by courts in Florida, Idaho, Ohio, South Carolina, Texas, Utah, and Washington in favor of different contract interpretation theories.

We reject the theory of reasonable expectations because, as one Florida court stated, “[c]construing insurance policies upon a judgment as to whether the insured’s subjective expectations are fair would only lead to ambiguity and wasteful litigation.” 2

Read Also: Lawful Ways to Recover Debt from an Individual or an Organization

Intentional acts, illegal activities, and particular forms of loss or harm that are expressly prohibited in the policy wording are common exceptions to this criteria.

Unless particular coverage is obtained, certain plans may also exclude certain property types, such as damage from floods or earthquakes.

This test has several limitations, such as the fact that it may be interpreted by the courts and that it might not offer precise instructions in specific circumstances, such as when an insurer failed to disclose certain exclusions or limits in the policy.

Furthermore, the test could not account for modifications in the situation or brand-new details that might affect coverage.

Additionally, the test is not universally accepted, therefore various states or nations may use different criteria to determine coverage.

The “Reasonable Expectations Doctrine” refers to the idea that an insurance policy should be read in line with the terms the policyholder believed it was buying, even if that interpretation conflicts with the policy’s explicit terms.

In coverage issues, if the policyholder is a sophisticated entity, do these ideas have any application? The proper response is “no.”

Insurance brokers help business policyholders understand the details of an insurance policy prior to purchase by assisting them in making the insurance purchase.

To provide even more skill in comprehending and negotiating the terms of their policies, policyholders occasionally use attorneys in addition to brokers.

As if that weren’t enough, a lot of businesses employ specialists whose sole responsibility is to get insurance for the business.

Read Also: 6 Tips to Help you to Pay off your Debts