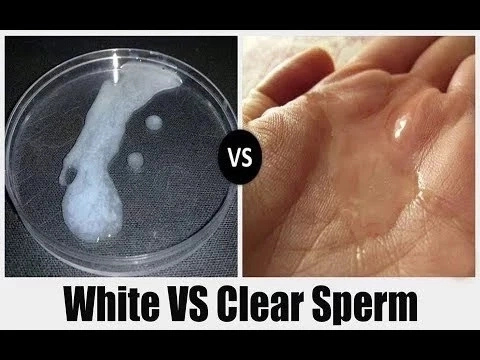 Watery Sperm: Causes and Treatment is discussed herein. This article is to help you in taking care of your health, and we hope you find it helpful.

Watery sperm is one of the disorders that has deprived some men of the opportunity to become fathers of children.

As embarrassing as it is to admit, most men do not know that they have issues with their sperm until they get into marriage and after quite a number of years, they are unable to have children.

A typical man releases semen during ejaculation (while having sexual intercourse), the semen contains some amount of sperm and fluids from the reproductive organ of a man.

Originally, ‘semen’ is usually a thick and whitish substance but some infections or pressure can change the colour or thickness of the semen.

A lot of factors contribute to this deficiency and some of them include:

When a man is infected with any sexually transmitted disease such as gonorrhea or any other infection such as epididymitis that causes the swelling of a man’s reproductive organ, such a man is prone to low sperm count.

Read Also: Foods and Fruits Smokers Should Not Avoid

Some men are ignorant that during sexual intercourse, two sets of ejaculation takes place. The pre-ejaculation occurs first before the actual ejaculation.

The pre-ejaculation occurs during fore-play and should not be considered as the actual ejaculation. Ejaculation that has the potential to get a woman pregnant should contain a whitish substance.

The importance of men taking in a lot of fruits, foods, or substances rich in zinc cannot be overemphasized. Men who have an inadequate amount of zinc present in their bodies lack the potential to fight off low sperm count because there are some antibodies produced by the immune system which unfortunately becomes an anti-sperm substance thereby reducing the amount of sperm produced by the body.

When any of these hormones cannot be produced, it ultimately leads to low sperm count.

Read Also: 10 Things to Expect When You Quit Smoking

What Causes You to Talk in Your Sleep