Solutions to Land Pollution in Nigeria 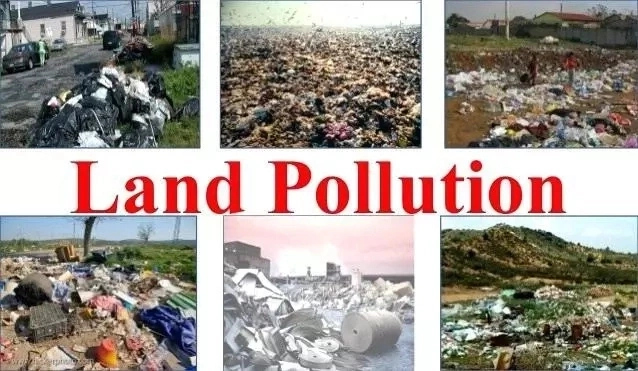 This article will discuss land Pollution and Solutions to Land Pollution in Nigeria. We hope you find it educative.

One of the things that seriously impacts how life is lived on earth is the nature of the land or simply put, how the land is.

One of the things that can make life so uncomfortable and unbearable is when land is polluted or use for another purpose other than the original purpose it was intended for.

Often times, when nothing is done about land abuse, it becomes pollution thereby leading to another offensive word called Land Pollution.

Land pollution is the improper usage of land by human, machines or animals or even toxic wastes. When land is used improperly to either store, dump, or bury something that could be hazardous to the land itself, it is referred to as land pollution.

In Nigeria, a lot of lands have been washed away by erosion because of the fact that people are not supposed to carry out some activities yet, they still carry it out.

The effects of land pollution for example erosion are always permanent in most cases and cannot be reversed.

The effect of polluting a land is always like a termite eating up wood, it does not show immediately what is going on the inside until it has finally destroyed the wood, the same is true of land pollution.

When the waterways are not properly defined and water begins to create its own path, no one will see the damage until potholes begin to appear in that land.

In the quest to explore his surroundings, man has found out that there is treasure beneath the land’s surface hence, mining activities are prevalent.

This, however, does not leave the land in good shape as the land is dug from the inside and may lead to land carving and also the release of toxic chemicals into the atmosphere.

Nature on its own accord has given the land the protection it needs through a process called forestation. The trees on the lands prevent the land from pollution to a great extent.

When the trees are cut down, the lands are then exposed to harsh conditions that sponsor pollution.

This is often defined as the washing away of the topsoil layer by either wind or water. However, erosion has spoilt so many lands in Nigeria especially in places where there is no drainage

In a bid to protect the crops that are planted from being destroyed by insects and pests, farmers often spray some chemicals on the lands.

This helps, however, to make the planted crops grow void of any distraction but in the long run, it makes the soul or land become very unproductive or barren.

Nothing on earth has its advantages without disadvantages and this includes industrialization. As much as we see a great nation and call it ‘developed’, the adverse effect to this development is that it sponsors the birth of companies and industries which in turn pollute the lands via the toxic wastes that are produced by the industries.

As long as man lives, wastes will still be available. Humans and animals must excrete, and they will always through away rotten things.

The lands in which these wastes are disposed of becomes polluted hence, making waste disposal a major cause of land pollution

Below are Solutions to Land Pollution:

Throughout history, there has never been a problem without prevention or solution hence, in order to reduce or permanently stop land pollution, People should be properly sensitized on the harmful effects of pollution and land and also be encouraged to do their part in stopping land pollution.

Read Also: Solution to the Problem of National Development

Generally, in order to solve the problem of land pollution, the keywords should be conservation. If we learn to recycle and reuse the things we use, then, land pollution would be reduced maximally and if the government takes a bold step to ensure that laws are put in place and sponsor conservation, then we would be doing ourselves better than harm.

We hope this article on Solutions to Land Pollution in Nigeria was helpful!

8 Steps To Write a Formal Letter

7 Importance of Communication in Nigeria