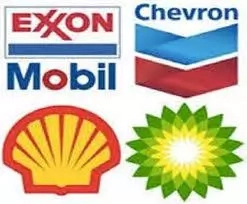 International Companies In Akwa Ibom are listed and reviewed in this article. We hope you find it informative and helpful for your research.

These companies have the capacity to compete beyond the domestic level such as Champion Breweries and International Biscuits Limited located at lkot Ekpene.

In 1974, a turn-key brewery contract was signed With Messrs Haase-Brauerei Gmbh of Hamburg, Germany for the building of the company.

It was officially commissioned in 1976 with the launching of Champion lager beer into the market. The initial installed capacity was 150,000 hectoliters. By June 1977, the company attained a production level equivalent to 94 percent of installed capacity.

In 1978, a nonalcoholic beverage known as Champ Malta was introduced. On account of the very wide acceptability of the product quality, the capacity was increased by the first expansion program to 500.000 hectoliters.

The beer won a silver medal in a world competition in Brussels and a gold medal in parts in 1977. It also won the Nigerian industrial Standard Award on quality in 1983 in 1981, the capacity was increased to 1,000,000 hectoliters in a second expansion program which was never completed.

The company went public in 1983. The ill-fated second expansion program involved a colossal cost of N38.8million. Production stopped in the company in 1989 when major production machinery collapsed.

This was a vital problem to the champion breweries which affected the production capacity of the company from 1983 to 1991.

In 1992, the company resumed production through reactivation sponsored by the government and operated until 1998.

Conclusively, the good and competent machine manufacturer, beer brewer, and committed technical partners should be sourced for the company with a sustainable and practical technical agreement drawn up in the interest of both parties.

The company was incorporated on 17th January 1980 to manufacture biscuits and allied bakery products. Commercial production started on 1st January 1983 after test runs in November 1982. The company was officially commissioned on 23rd March 1983.

Since commissioning, the factory has never operated beyond 15 percent capacity because of some inherent factors such as poor management and lack of basic raw materials.

The low level of capacity utilization is an index of the inability of the company to break even and make a profit. In 1987, the factory was shut down and all efforts to reopen it have failed due to several reasons such as lack of adequate working capital, lack of technical personnel, wear and tear of plants and machinery. Lack of accessibility to finances and technical personnel was the major problem.

Despite that international biscuit limited was poorly managed but biscuit is a product regularly or frequently used. In due time, the company can be reactivated because products are in high demand in the market.

Conclusively, interested private investors can be encouraged to rehabilitate in these industries for profitability.

5 Things that Set a High-Flyer Apart

Industry 4.0 and What It Means

Companies In Uyo, Oron, and Abak