Information About The Planets 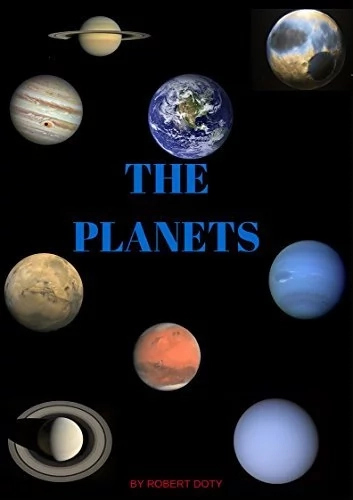 Information About The Planets is given herein. You have the planets listed and explained one after the other. We hope you find the article helpful.

Basic Information About The Planets

Read Also: Ways To Protect Your Zoom Meetings From Hackers

There are remarkable things that are worth knowing about the different planets which exist in the universe and in this article, we will take a look at them.

The mercury is the smallest planet, it is also the planet that is closest to the sun on this planet, there are no living things there because of the very hot temperature it has.

It takes about 88 days for mercury to complete its orbit it is the planet with the shortest orbit around the sun. the distance of Mercury from the sun is 36,000,000 miles. The planet has no satellites and it has a diameter of 4,800 kilometers.

Usually referred to as “the Earth’s twin”, this is the second planet that is closer to the sun. there are no living things dwelling on this planet.

Venus and Earth share the same proximity in size, mass, and density. Venus takes about 225 days to complete its revolution. It has no satellite and its distance from the sun is 107,200,000 kilometers and has a diameter of 12,300km

This is the only planet in the universe that supports the existence of plants and animals. It has a natural satellite which is called the Moon.

The moon revolves eastward around the earth once every twenty-seven days. It takes the earth 365 days to complete its full course around its orbit and every time the orbit is completed, it is called a year.

This is the next planet after the earth. The scientists believe that Mars has the possibility of supporting the growth of some plants. It has two satellites.

This is the largest planet in the solar system. The surface of this planet contains gases such as hydrogen and methane with light and dark bands.

The planet has twelve satellites and its distance from the sun is 772,800,000 kilometers. Jupiter takes about 11.9 years to complete its orbit around the sun. Jupiter has a diameter of 142,100 kilometers.

This is the second-largest planet after Jupiter. It has three rings and its distance from the sun is 1,417,600,000 kilometers. Saturn takes 29.5 years to complete its orbit. The planet has nine satellites with a diameter of 119,700 kilometers.

The orbit of Uranus unlike other planets is in a clockwise direction from East to west. It has five satellites that revolve around it. The distance of Uranus from the sun is 2,854,400,000 kilometers. Uranus takes 84 years to complete its orbit around the sun, its diameter is 51,000 kilometers.

This is the coldest planet because it is very far from the sun, unlike the other planets. The distance of this planet from the sun is 4,468, 800,000 kilometers. Neptune takes about 164.8 years to complete its orbit. There are two satellites in Neptune and it has a diameter of 45,000 kilometers.

The planet known as Pluto is a dwarf planet in the Kuiper belt, a ring of bodies beyond the orbit of Neptune. Pluto was the first/largest Kuiper belt object to be discovered.

15 Ways to Make Money as a Student

How to Stop Land Pollution