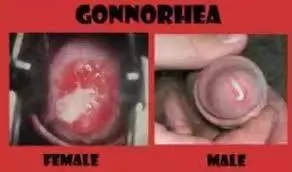 Gonorrhea: Causes, Symptoms, and Treatments will be discussed in this article. We hope it guides you to take proper care of your health.

Symptoms and treatment of gonorrhea

One of the most common sexually transmitted diseases in Nigeria is Gonorrhea. This disease is often caused by an infection with the host virus commonly called ‘bacterium Neisseria gonorrhea.’

It is a venereal disease involving provocative and severe discharge from the vagina. This disease is usually spread mainly by having sexual intercourse with an infected person.

Just like every other infection or disease, when a person has been infected with the virus, some signs that a man has been infected with Gonorrhea include but are not limited to; foul discharge from the penis with whitish, yellowish, or greenish color, swollen and painful testicles, unpleasant pains from the tip of the penis when urinating and if the infected person is engaged in oral sex, he may experience swollen glands and severe burning in the throat.

In some cases, however, infected men may still go about with their lives without knowing they have been infected simply because the signs do not make themselves manifest in all men with only a few exceptions.

The same is also true of the infected women, a man infected woman may have Apollo, experience pains during sexual intercourse, she may also bleed unnecessarily while in her menstrual cycle, just as the men, they may have severe pains while urinating, their vulva may swell and lower abdominal/pelvic pains.

The disease is sometimes accompanied by another disease called chlamydia as such, while treatment is administered, the two diseases should be treated at once.

The areas in which gonorrhea can grow in the body include the anus, eyes, urethra, the fallopian tube, cervix, uterus, vagina, throat (for those engaged in oral sex.

When gonorrhea is not treated, it sometimes extends to the reproductive organs and causes Pelvic inflammatory disease which leads to pelvic pains, ectopic pregnancy, barrenness, and in cases where victims get pregnant, it can also cause premature labor, miscarriage, and other pre and postnatal complications and in men, the disease can cause impotence, low sperm count and unnecessary pains all over the body as a result of the spread of the untreated virus all over the body, the risk of also contracting HIV AIDS is doubled once gonorrhea is left untreated in a man.

As against popular beliefs, the disease cannot be contracted on a toilet seat, pit toilet, or sharing the same sponge with an infected person. It is basically contacted through sex.

In the recent past, people treat the disease with penicillin; this worked against the disease in some cases while in others, it was discovered that the disease was resistant to Penicillin but in recent days, the following drugs have been recommended and proven to work the magic of treating gonorrhea: