Disorders Due To Malnutrition 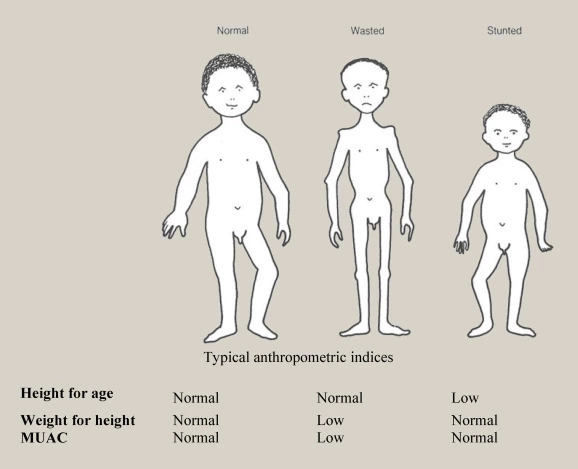 Disorders Due To Malnutrition is discussed herein. We hope you find the article informative and helpful for your research.

The word malnutrition is frequently used in today’s world in the press and on the radio, in books and magazines. It is probably a familiar word to most people, though this popular word is usually fully misunderstood by some persons.

The word malnutrition simply means badly nourished but scientifically it has a more exact definition than this. The foods we eat contain various nutrients or components which give a material its right to be called a food.

Read Also: Malnutrition in Nigeria: Symptoms, Causes and the way out

A nutrient is something the body uses in order to grow, to repair tissues, and to provide energy. One kind of malnutrition, under malnutrition, results from too little food and probably a shortage of nutrients over a long period of time. Many people in the world are hungry and some are starving.

Some people may say that they are never really hungry for very long and therefore cannot be suffering from malnutrition.

This is not true because there can be malnutrition without hunger. A person may feel full after eating a large amount of maize meal, cassava, or plantain, but if they eat these foods day after day with very little or nothing else added, they will begin to show some signs of malnutrition. Other people will say, ‘but I am not ill, I cannot be suffering from malnutrition.’

Their diet may be merely adequate for the life they are living, but not adequate to cope with extra stress and strain of long hours of work or to build up resistance to diseases.

They may not have much energy and vigor. They are not really well nourished. Better food may result in a healthier body and mind, more energy and a more positive outlook, and better brain development.

The cause of some illnesses has been found to be a severe shortage of one nutrient over a long time. In many countries, several cases are rarely or never seen now because people have learned more about food. They have learned how to choose and cook it.

They can afford better food as economic conditions have improved the standard of living. While certain diseases are related to lack of a specific nutrient, in many cases of malnutrition more than one nutrient is in short supply.

In order to study nutrition, it is necessary to consider each nutrient and each vitamin separately. We must realize at the same time that it is misleading to put too much emphasis on a single nutrient.

This can result in diseases caused by a deficiency of simple substances in the body. Therefore, a fatless diet will affect the number of vitamins absorbed in the body.

In conclusion, these disorders due to malnutrition may be due to inadequate for or deficiency in the diet which is caused by bad food habits especially when people are attached to a particular meal over time, economic inability to buy a variety of foods, increased activity of the body metabolism due to sudden increased activity or strain without increased in taking and poor cooking, processing, preparation, storage or marketing.