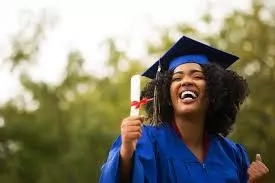 Read Also: Functions of the Nigerian College of Aviation Technology

Every year in Nigeria, thousands of secondary schools release their graduates for institutions of higher learning. It is at this point that the career of a child is shaped and molded in the form it was meant to be.

Students narrow down their studies to one discipline, focusing on only what is right for their respective careers. Every student seeks to attend the best university in the country because they understand the essence of uncompromised quality education.

Though every university teaches the basic things that every person needs to know in their respective fields of discipline, there are still those who go the extra mile to make sure that its graduates are not just professionals but champions.

They take time to instill in the heart and subconsciousness of the learners the right dose of moral values, ethics, discipline, instruction, and experiences that they will need to compete favorably when they step out into the real world.

In this article, I will take out time to list out the top ten universities in Nigeria where Quality education and sound moral ethics are not toiled with.

Read Also: How to Become a Lecturer in Nigeria

10 Best Universities in Nigeria include:

As we speak, the University is now ranked among the best and frontline Universities in the world in 2018, it ranked 36th in Africa and 124th in the world at large.

The University of Ibadan has in the past six to seven decades contributed significantly to the political, industrial, economic, and cultural development of Nigeria as an independent country.

The graduates of the institution, its staff, and students are continuously making a great impact on the world through their new discoveries, innovations, and inventions in science, medicine, agriculture, business, technology, and other facets of life. No doubt, the University’s commitment to academic excellence enables them to fly high above other institutions.

University of Ilorin (Unilorin) is commonly referred to as the best university in Nigeria. It is a Federal government-owned university located in Ilorin, the state capital of Kwara state. The university was founded in 1975.

University of Ilorin has a very large and diverse student body as well as a staff population, students come from different cultural backgrounds, age groups and religions, and even nations.

The university has well laid out infrastructure in terms of, an ultra-modern library, good hostels, good road network, electricity, etc.

University of Ilorin school fees are affordable compared to what they dish out to the students and the fees are not the same, the amount a student has to pay is totally dependent on the department he or she chooses.

Read Also: How to Become Professor in Nigeria

Uniben is often called started as an Institute of Technology and was accorded the status of a full-fledged University by National Universities Commission (NUC) on the 1st of July, 1971.

The University has continued to grow from strength to strength with a number of Faculties, Departments, Institutes, and Units.

The striking thing about this unique institute of higher learning is its vision to establish a model institution of higher learning which ranks among the best in the world and is responsive to the creative and innovative abilities of the Nigerian people. Apart from teaching education, they empower the students to rise strong and tough to face challenges.

The University was formerly called University of Ife before it was renamed on the 12th of May 1987 in honor of the great Nigerian Nationalist, Chief Obafemi Awolowo. OAU appears at the peak of the pinnacle when you refer to good universities in the country.

Founded in 1961 with classes beginning in October 1962, OAU has since then produced great influential who have in turn reproduced rapid growth and development in the country and beyond.

The university sits on over five thousand hectares of land with over 6000 hectares remaining underdeveloped. The university has a keen passion for excellence and it is a stopover for anyone in search of excellence in their chosen career.

Popularly known for its unmatched expertise in the agricultural sector, this unique institution of learning has succeeded in leaving its name on the sand of time.

The university has onboard over 35,000 students from different races and religions. If you need a university with a five-star rating, ABU has been checked in advance.

Read Also: How to Become a Lawyer in Nigeria

6. Covenant University is one of the Best Universities in Nigeria

This institution, though it began just about 17 years ago has a student population of over seven thousand and surprisingly, they possess hostel facilities to bombard all of the students.

When you walk into the school, you don’t just walk in to learn a particular course, you walk into a covenant with yourself to emerge as a star that is brighter than other stars. Currently, the university offers about 45-degree programs in 3 different faculties.

If you want to be identified with the nest of champions, the university to attend is the University of Jos. This University has produced experts in different walks of life who now are either orating their professions or have found their sense of purpose in another field other than what they studied in school and are doing so great. The University instills positive revolutionary core values into the DNA of all its learners.

This is one institution that stands to restore the dignity of man through innovative concepts. The institute is known for its creativity in the teaching methods employed by the teaching staff and the decorum in the school.

Cultism is reduced to the very minimal in this school, making it a safe haven for those who really want to study void of peer pressure to join a secret group.

Hardly will you see a higher institution that offers quality education to the students at little or no cost. This is why Federal University of Technology, Minna has made this list. They are performers par excellence.

Dishing education out of the quest to permanently kill ignorance in the nation and for 37 years now they have been consistently doing their best to perpetually increase the worth of what they offer to students.

10. Landmark University is also one of the Best Universities in Nigeria

Last on my list today is the second University owned by the ministry of Bishop David Oyedepo. Located in Kwara state, it is officially operated as a not-for-profit institution.

People say that cheap things are not good things but that is not the case at Landmark University. The University has world-class facilities.

Those are the 10 best Universities in Nigeria. Success in your academics!

Information About The Planets

Fibroid and its Causes, Symptoms and Treatments