Causes and Natural Cure of Asthma 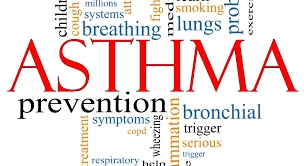 Causes and Natural Cure of Asthma are discussed in this article. This will assist asthmatic patients in the proper care for themselves.

Asthma is a disease that starts from childhood and often accompanies a person to maturity or sometimes to death. This means that people of all ages can be affected by asthma.

A person is said to be asthmatic when the person has difficulty breathing or often inhales deeply with an unusual sound.

A person with asthma always breathes in and out with a hissing and wheezing sound when such a person inhales air, the skin around his neck stiffens.

When such a person cannot get enough air because of difficulty in breathing, his lips and nails sometimes change color.

It is not a communicable disease and cannot pass from one person to another except through hereditary. Asthma is usually triggered in people who have it by situations or substances that they are allergic to.

Asthma: How it happens

Asthma is a chronic disease involving the airways in the lungs. These airways, or bronchial tubes, allow air to come in and out of the lungs.

Asthma is a result of defection with one or more of these tubes. The asthmatic person’s bronchial tubes are inflamed which makes the airways puffed up and very subtle.

Read Also: How to Stop Bedwetting in Nigeria

When certain substances are inhaled into the lungs, the airway reacts aggressively and this causes the muscles around them to become more tightened.

The swelling could become more severe and leads to the production of more mucus from the cells in the airways. The over-produced mucus also contributes a large quarter to the blockage of the airways and this leads to asthmatic symptoms eventually.

Basically, the shortage of air like earlier discussed serves as the major cause of asthmatic conditions but other factors include:

Either resulting from the outfit worn by the victim or internal cause; when the chest is tight, it becomes difficult to breathe.

Other than being asthmatic, coughing is a symptom of other illnesses. When cough lingers longer, it produces so much mucus that could block the airway.

Some over-the-counter medications such as aspirin and beta-blockers can lead to asthmatic conditions.

When the atmosphere is cold, it leads to asthmatic conditions

7. Asthma can also be passed through gene

Most times, when people meet asthmatic conditions, they run to the drugs at the pharmacy despising the remedy that nature has provided.

Here are a few things you should do if you are asthmatic. You will be left in a great compunction of the miracles of some of the things you disregard in your home.